Well, how hard would you think it would be to get a plane delivered? Doesn’t seem like a big deal, right? As things go for us and this endeavor, this is not as easy as ordering up a slice of your favorite pizza pie. I’d like to state right up front that delivery is sub-contracted out, and as such Velocity is not directly responsible, and that the word on the street is that we’re not the only ones to have issues.

The whole drama started when we found out that we would not be getting the plane immediately after returning from the Head Start Program as we’d expected (on 18 June). This is somewhat understandable, since one guy delivers to the entire country. However, we were told that our kit would be picked up on 8 July and would cost a set fee. To complicate matters Beth found out that while we were in Florida, her job had been “eliminated”. Because of this we started to look seriously at not taking delivery of the wings right away, but were informed that this would not reduce our delivery cost and we’d have to pay just under 50% more to get the wings delivered later. Then we learned that our kit would be picked up a week late “due to 4th of July holiday traffic”. Ahem. Well, needless to say we found the situation increasingly unsatisfactory and elected to take matters into our own hands. Delivery was on 16 July, by highly reliable means, and with wings. 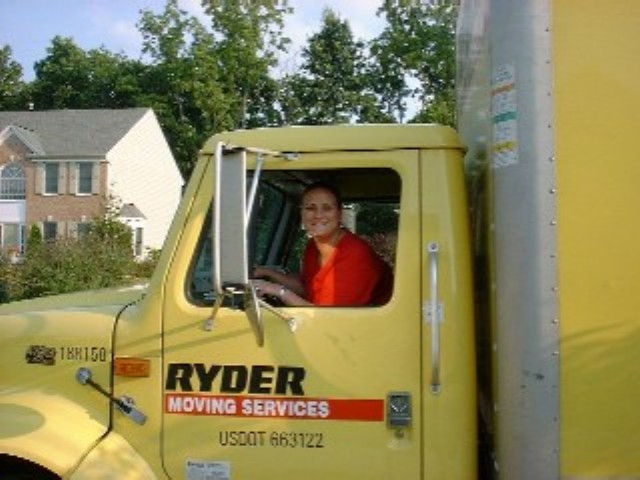 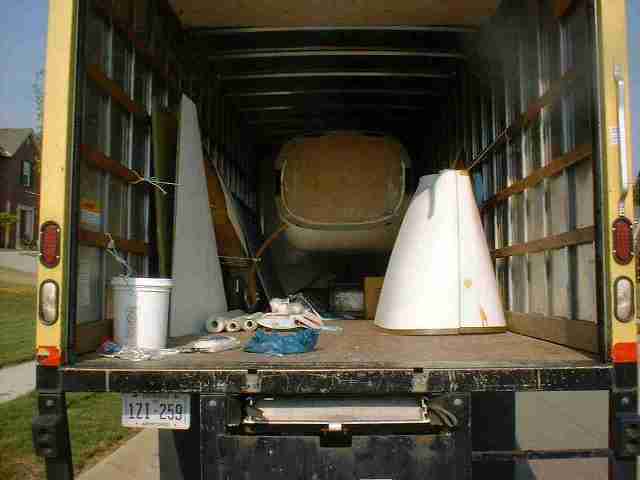 Also of note, we’re planning a House and Plane Warming Party for 17 August, so if you’re in the neighborhood drop by for a burger and chips!

Here are some shots of us arranging the bird in her new nest. It took us about 2 hours to unload the airplane and that was about all we could do that night. The next day we started the inventory process. We were lucky in that we’d already done a partial inventory at Sebastian during our Head Start week, so we only put another 2 or 3 hours into this. The rest of this and the following week were spent reorganizing and preparing the shop (there are a lot of very large, somewhat heavy parts here) around Dayton Air Show weekend and our Chapter 174-Clermont EAA meeting (we also belong to Chapter 974-Hamilton).

Here are some of the gymnastics that we went though to make space. Note that we have a slightly larger than average 3 car garage. First, here is a shot of the Velocity logo on the wall over our workbench that Beth painted for us. Very inspiring. 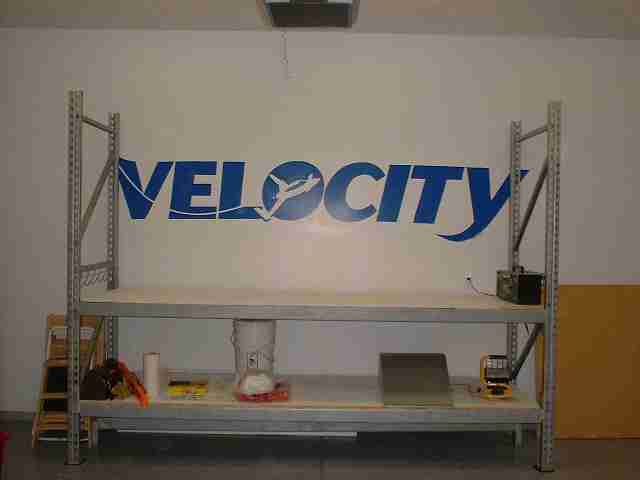 Next, here is a shot of the floor, which I covered in epoxy gray because I wanted a nice and durable shop to work in. We set up two nice, strong, and level workbenches; painted the walls, and put in two rows of 4 fluorescent shop lights.

Next, we stacked the wings into one corner on foam, and installed closet rods for the spools of fiberglass.

Next, we bought some slat board from a warehouse liquidator place to hang the tools and parts…. 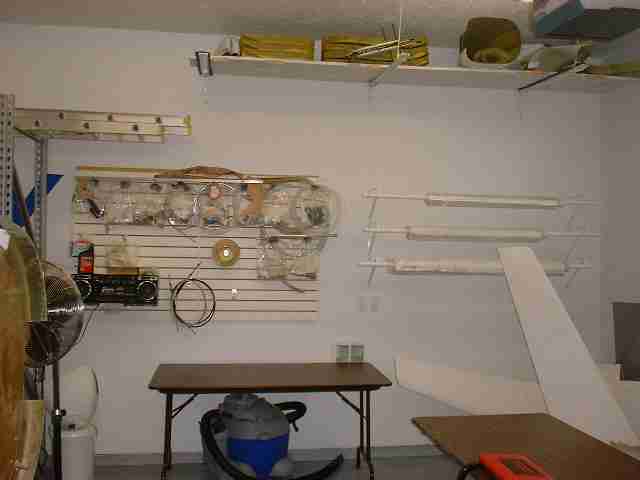 Finally I leveled the plane and chocked it, and we’re ready to go. Unfortunately next week is Osh Kosh, so we probably won’t do much plane building until after that. Stay tuned in.

One response to “To Deliver an Airplane”