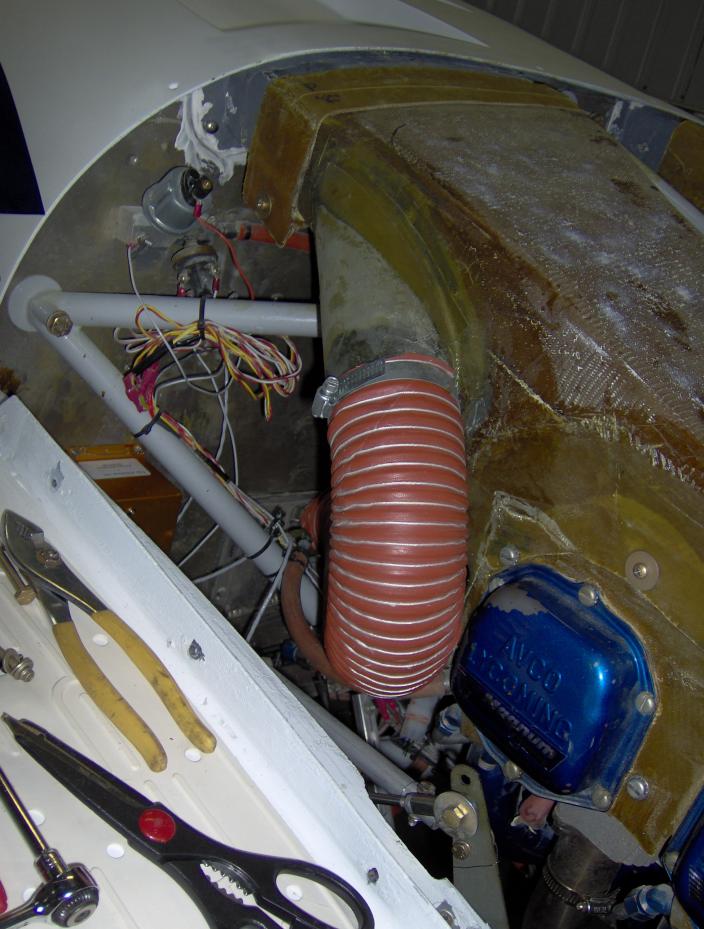 So, I’m back, and we’re finalizing the plenum runner mods so we can paint. We’ve moved both the engine air intake and the rear oil cooler intakes from the bottom to the sides, and have made slanted pick-ups that should improve the airflow. In other news, we did make it to Rough River this year, and renew many great friendships. The only Velocity making it in this year was Larry Parham, from Oklahoma, but his is very nice, so that’s OK. However, I really want to see more of “us” get to RR every year, so let’s make it happen fellas. Also, that’s not totally true, Bill Mulrooney did make it in very late Saturday evening, but he ended up having to land at Elizabethtown and didn’t bring the plane over to 2I3 until most everybody had already headed home. We were also bummed that the Millins weren’t able to make it down, but we’ve made reservations for the next few years, so we’ll make it happen. See everybody next year.