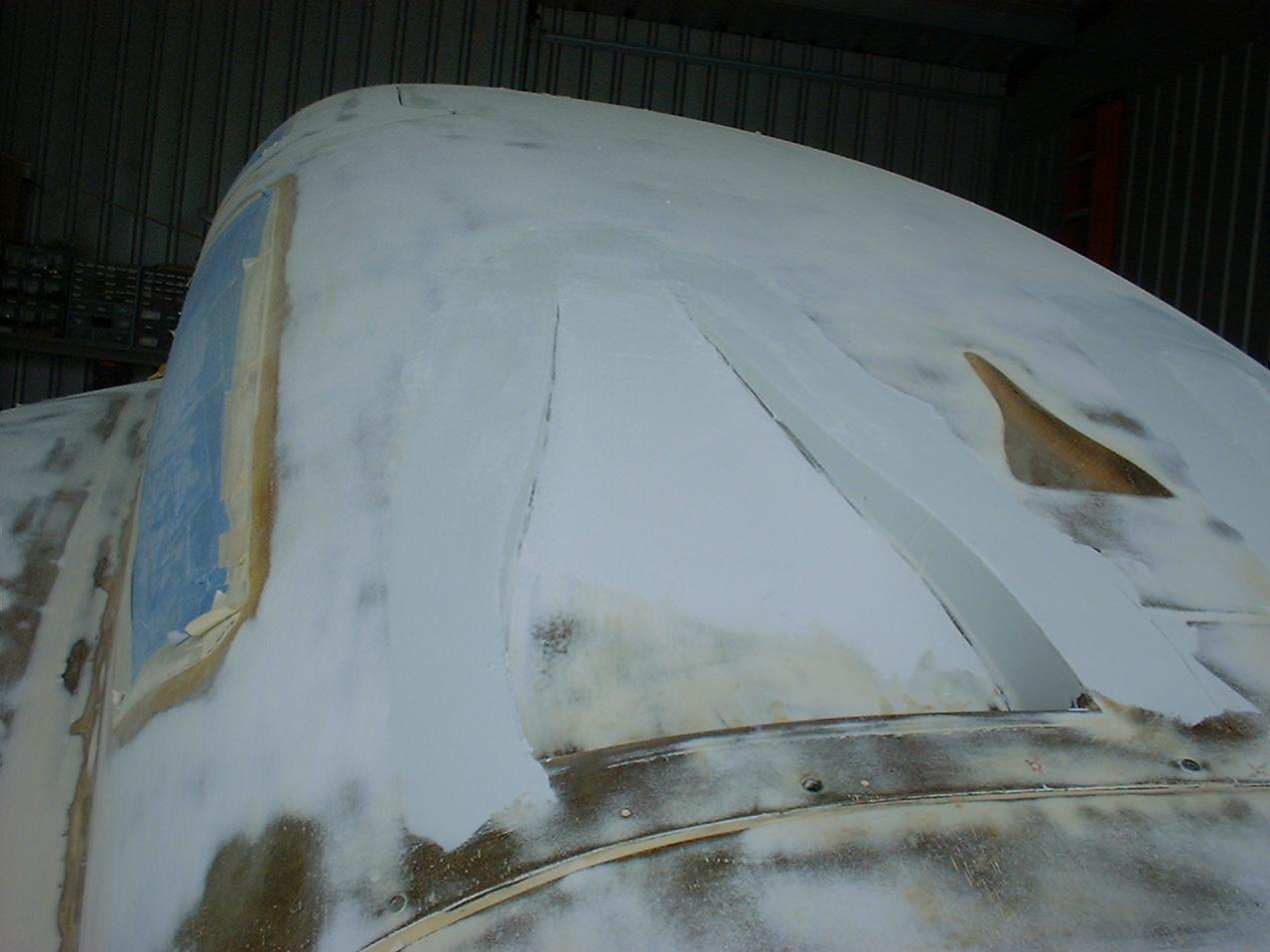 Long weekend over, and a good deal of work completed. So, what did we get done? Well, the fit and finish on the doors is 98% done, as well as the strakes, and they’re looking pretty sweet if I do say my self! I’ve removed the speed brake and started filling the weave on the underside of the fuselage and the top of the brake for paint, the nose oil cooler discharge that I removed early on is being rebuilt (apparently that’s important for proper flow…), and the wheel pants are being finalized. Still some cowling work to be done, and we’re about 1/2 through the new EFIS installation. My old electrical plan had the back-up flight system on a separate (non-switched) breaker, and that doesn’t really make sense with the new arrangement (since it’s a dual AHRS, 3-screen GRT system). Firstly, they all want to be switched, and secondly it doesn’t make a lot of sense to only power 1 AHRS and screen from the “backup” breaker, and if you did, which screen to power? Also, the GRT has diode-isolated support for multiple incoming power feeds. Look for a new “backup-EFIS” switch on the panel above the ELT switch to power the entire EFIS suite (and my RAIM GPS shipped today!). Panel and filler.