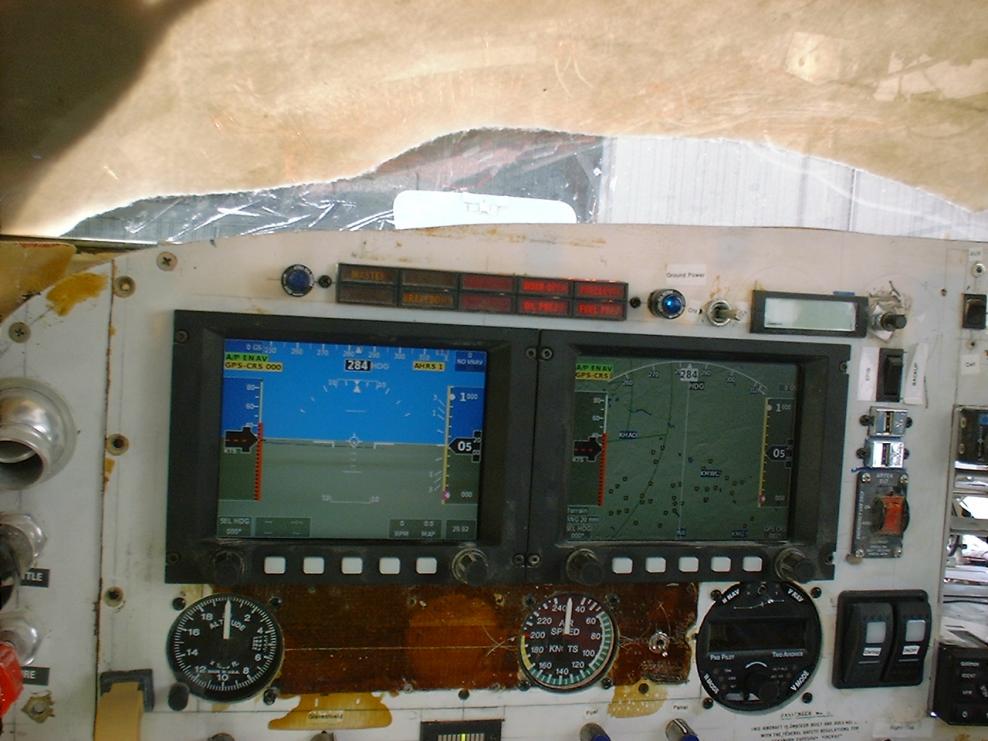 So, Blue Mountain is officially out of business. I hate to see them go, but the writing was on the wall. But, I’m firmly on the GRT path. This weekend we had a EAA meeting, so that sort of boogered up working on the plane, but we did get a a fair amount done. Bob has the new, larger oil door on the cowling almost done, the pilot wheel pant is almost ready to go, and I finished wiring up the GRT and powered it for the first time. All that’s left is the OAT probe, and to start doing the configuration. Also, Elizabeth went up and got a BFR yesterday, and even though she’s not flown much since our incident, her flying was still within IFR standards. Also, Beth used my aircraft-headset-to-3 1/8″ mic plug for the first time to record this flight, which worked oK until the engine started, then went to crap. I hope that is just the electric system on the Warrior, hopefully ours will sound better.