Another Velocity (N67WR) is down, I don’t yet know which airplane this is, or why it went down (high winds at 20 kts is vague), but it sounds like he just allowed himself to get blown off course and low maybe while doing touch and goes.  It would later also go down in this accident.

The pilot, who police identified as 57-year-old Robert Malloy of Davenport, Iowa, was performing touch-and-go landings from Sebastian Municipal Airport and crashed off-site about 9 a.m., city officials said. There were no passengers in the 1999 Velocity experimental plane, which Malloy owns.

“He said conditions became windy as he was coming in for a landing at Runway 4 and he clipped the trees,” Sebastian Community Development Director Joe Griffin said.

Malloy, who could not be reached for comment, told Sebastian police he experienced a loss in speed and was blown off course of the runway, according to a report.

The trees tore off the plane’s wings, but the cockpit remained intact, Griffin said. Wind speed was about 20 mph Thursday morning with some gusts reaching 24 mph, according to the National Weather Service. 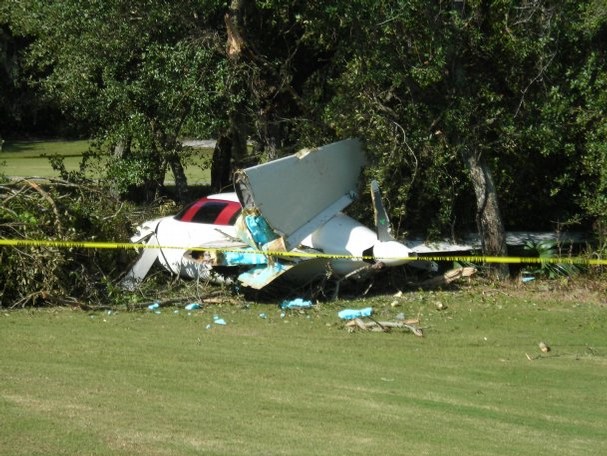