I noticed one day that Mark had posted a fix for a problem he was having with his doors. It seemed surprisingly like one were were having, namely that the outside door handle was rubbing and leaving marks on the outside skin paint. When he pulled his doors, he found that the foam was crushed under the skin because when new the doors are somewhat difficult to close. They break in and this goes away, but…. Well, since I have the plane apart I ‘might-as-well’ do this fix too.

Which I did, but I didn’t find any evidence of crushed foam. That’s OK, since this should stiffen the area up, which is a net good. What I surmise has been happening to our door is that since Beth was using it to pull the door closed from the inside, and there’s nothing keeping the handle from moving inwards, she was just pulling it against the skin. We’ll deal with that by adding a handle to the bottom beam of the door frame during upholstery, thus giving a place to pull the door down and in while your rotate the door handle. Most of the pressure is created by the rubber door seal, and while it’s new it will continue to ‘push’ on the door. 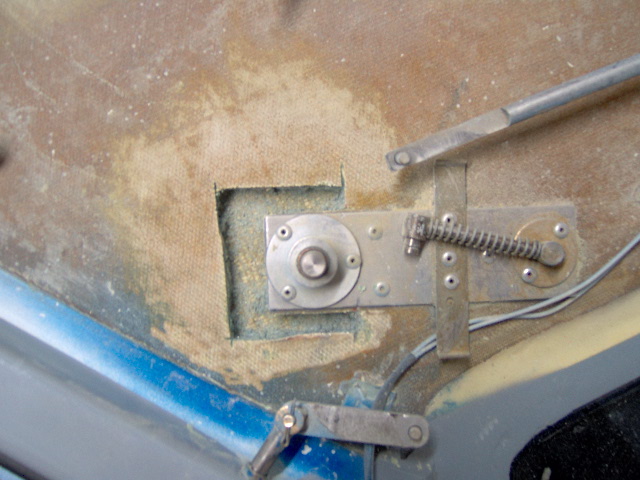