We had a wonderful day yesterday, helped in no small part by our good friend Dave Bertram who came up from Texas to do our return-to-service flight for us. Dave has flown our airplane several times, and so when we asked we were able to convince him to come up even though he’s essentially retired from the test flying business. I really appreciated him coming up, even though he had many reasons to be home instead, even though I think Beth was ready to fly. There have been several accidents this year, and in some ways I think it’s more gut wrenching (not harder, per say) when you’re on the ground wondering how it’s going.

But, it was largely uneventful. Dave flew around for about 40 minutes and brought her back complaining of a little sponginess/back-pressure on the throttle. Jerry and I worked on that for 15 or 20 minutes, mostly disconnecting the copilot throttle and cleaning up the curve to the servo, then adjusted the idle down just a hair. The engine was idling just a bit high, which caused her to want to float quite a bit down the runway.

After making those corrections Beth went out and did 4 circuits just to get her comfort level up. It was really nice to get all of this worked out as Beth is out of town on business this week, and we’re on vacation for Labor Day, so it would’ve been weeks out if we hadn’t pulled it together this week. I can’t say enough good things about Dave, though. Not only is he an extremely talented pilot, but it is a great friend and sometimes father figure for me. We lost my dad before we ever flew, but I know he would’ve liked Dave and appreciated him taking care of us. It was a longer maintenance cycle than I expected, but we now have a beautiful and essentially finished Velocity. Live the Dream indeed. 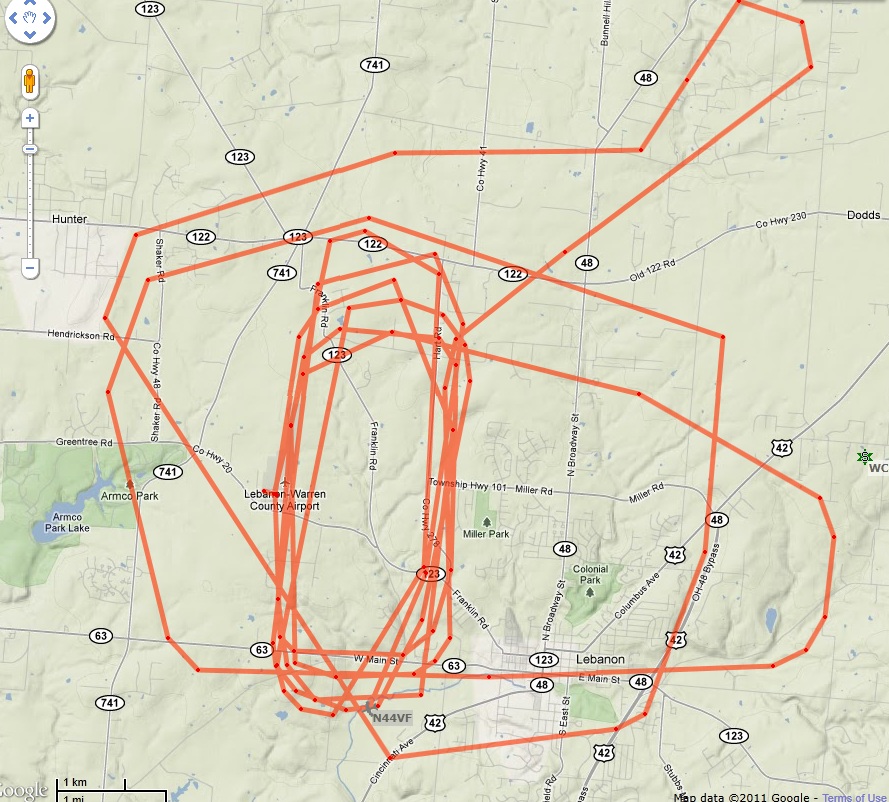