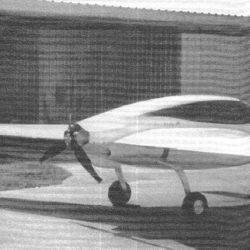 This airplane was involved in this earlier accident. The pilot stated that the engine lost power while maneuvering. According to the pilot’s statement, ‘everything was operating normal, 2500 RPM, 155 knots…2,000 [feet] MSL.’ He then turned north and ‘the engine quit abruptly…no sputtering or gradual loss of RPM.’ He attempted a force landing at a […]

This airplane would later be involved in this accident. During takeoff, the aircraft failed to achieve sufficient airspeed and overran the departure end of runway 29. Density altitude at the time was 7,500 feet. The pilot said he was aware of a high density altitude, and had purposely serviced the airplane with a partial load […]