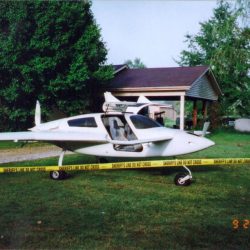 My own little bit of infamy… In flight from Cincinnati (I68 to the CSA Canard Flyin at Rough River (2I3), N44VF experienced a catastrophic oil line failure necessitating a forced landing on Highway 3 in Otisco, Indiana. The landing was uneventful aside from a wing strike from a reflector post on the copilot wing moving […] 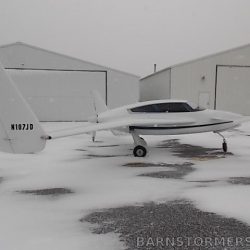 The pilot was performing a high speed taxi test when the amateur built airplane inadvertently became airborne. The pilot did not understand the operation of the pitch trim system, but was able to maintain pitch control by use of the throttle. The pilot attempted to maneuver the airplane for a landing on runway 27, but […]