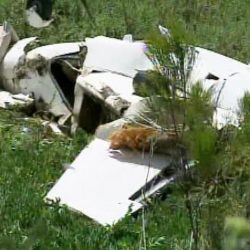 Crashed after departure from San Diego, door departed in flight and crashed on a golf course landing upside down. 1 man and 3 children injured, 1 woman fatally injured. News account. Eyewitness accounts say that he maneuvered to the left to avoid a pole, and that is when the left wing struck the ground causing […]

Right brake overheated and failed on take-off, catching fire in the grass and destroying the airplane. I believe that Dave Dent may have been the test pilot, I think I saw something on this on the Reflector but I can’t find it now.  This airplane was in an earlier accident in 2004 (NTSB). The mechanic/pilot […] 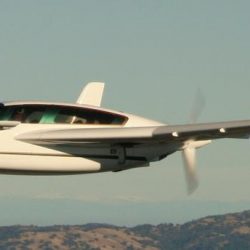 Gear up landing. On July 11, 2006, about 1133 Pacific daylight time, an experimental Velocity 173/RG-XL, N992PC, had a landing gear collapse during a hard landing at Modesto City Airport, Modesto, California. The pilot/owner/builder was operating the airplane under the provisions of 14 CFR Part 91. The private pilot, the sole occupant, was not injured; […] 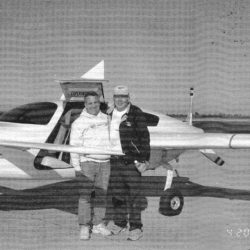 The pilot reported that while descending in preparation for landing, he noticed an unusual sound from the engine and noted a loss of oil pressure, followed by a loud thud, a vibration, and a total loss of engine power. A forced landing was made to an open field. After the aircraft came to a stop […]

The pilot was on a return flight back to the airport, and after obtaining the ATIS, he made a right traffic pattern for runway 21. ATIS reported winds at 240 degrees and 12 knots. The pilot said that during the landing sequence just as the landing gear were about to touchdown, there was a strong […]