The windows are a pain in the ass. We’re going to paint onto them slightly to make them look more flush than they really are. We’ve hit them with about 1/8″ of primer, and we’ll go another 1/8″ onto the window with the top coat using 3M Fine Line tape. We also sprayed chrome Krylon in the pocket for the landing light, using the rationale that it would get too hot if it were blue, but that we also didn’t want to spray white in there (which might also look odd). We’ll see how that works out for us. I forgot to take a picture of that before I masked it off, so I’ll get one later. Also, I sprayed Krylon black “textured” paint into the strake cubby holes, and we’ll put a bit of felt or carpet in the bottom. I think that’s going to look sharp, and we’ll clear coat it to try to keep it from getting really nasty. We’re also getting the doors ready, as the final blue-white divider line will require they be in, as well as the cowling. 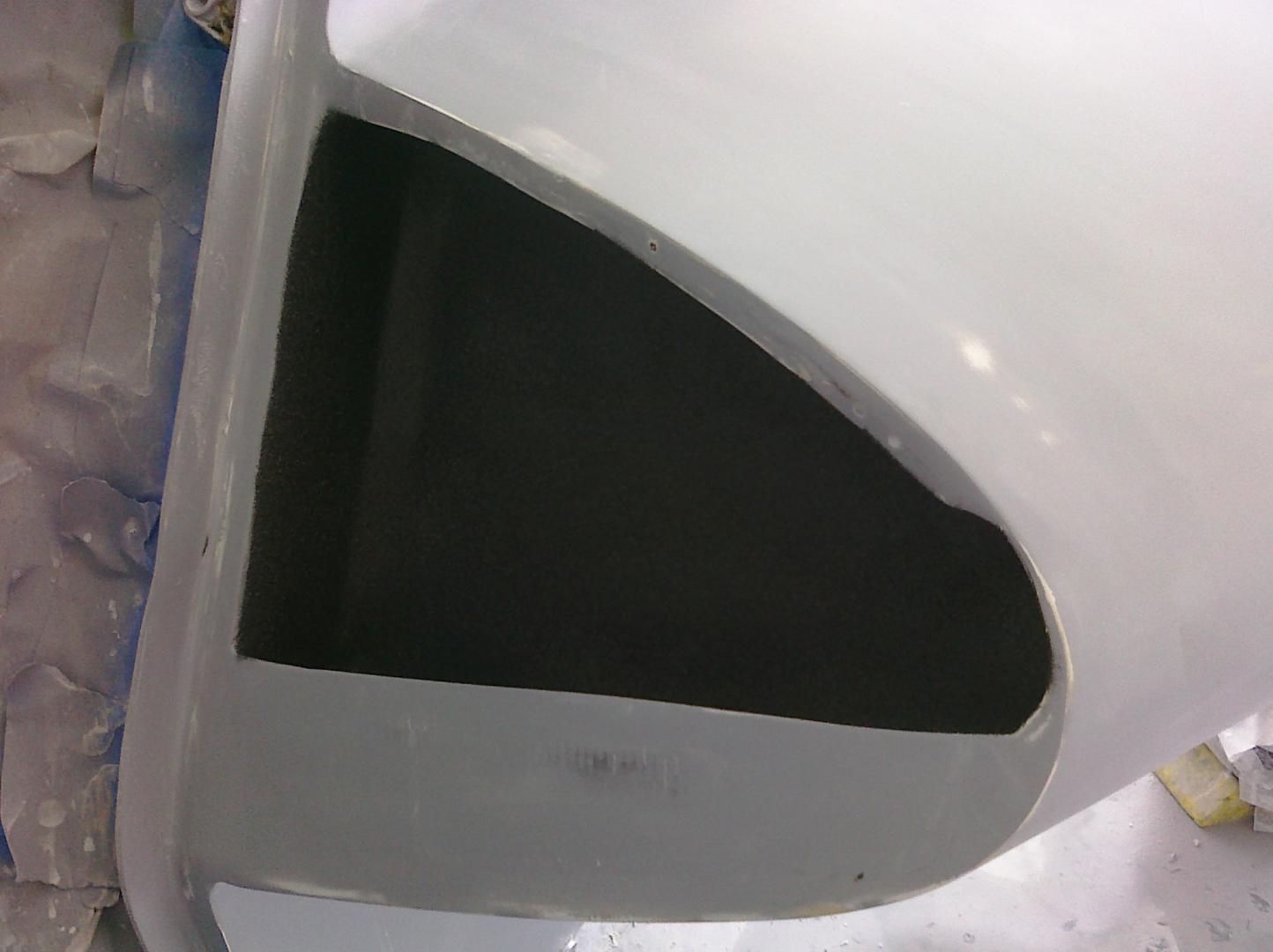