Rather than go with the factory’s rather ingenious static system, whereby they embed some AL tubing in between the fuselage skins and then drill small holes in them, we decided to go with production units. We did this for a couple of reasons. Firstly, many pilots were mentioning that they had to install a “trip strip” to achieve the slightly disturbed airflow needed to get a good static reading, which is built into the raised “standard” static port. Secondly, I find it much easier to find, and examine for any debris during pre-flight, a chrome port, and I’m guessing it’s much less likely to get filled with paint while in the paint booth.

So, rather than the pretty flush look, we’ve purchased a nice pair of static ports from Spruce, one for either side of the aircraft. This will hopefully minimize any error introduced by slipping the aircraft, say, on landing – where one port would see disturbed airflow from being “blinded” by the fuselage upstream. We’ve installed them aft of the door openings based on feedback from other Velocity pilots that this location is sufficiently far from the canard to get relatively undisturbed air, and still be in front of any main wing effects. 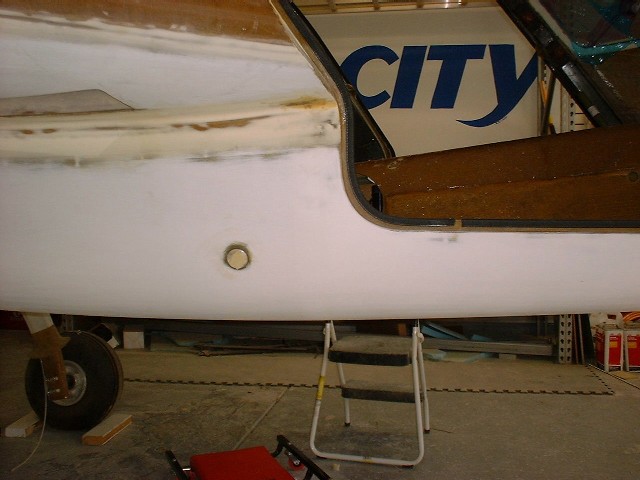 One response to “Static Port”