Again, mounting the brake pedals is pretty simple. It is worth pointing out, though, the idea that Frank gave us of making sure that the pedal mounting blocks are far enough to the outside of the assembly that is no play in it. It is mounted with a slight gap above the keel. This is pretty well shown in the pictures above. Finally the brake lines are run down the pilot side conduit to the 1″ openings just ahead of the firewall and down to each brake. The lengths given in the manual for these runs I found to be just a bit short, so I had to recut them. Also, the gear leg openings were so tightly fitted at the factory I drilled holes through the fuselage just above the gear leg to make sure the gear didn’t pinch it on a rough landing. The tubing was then glassed into place. 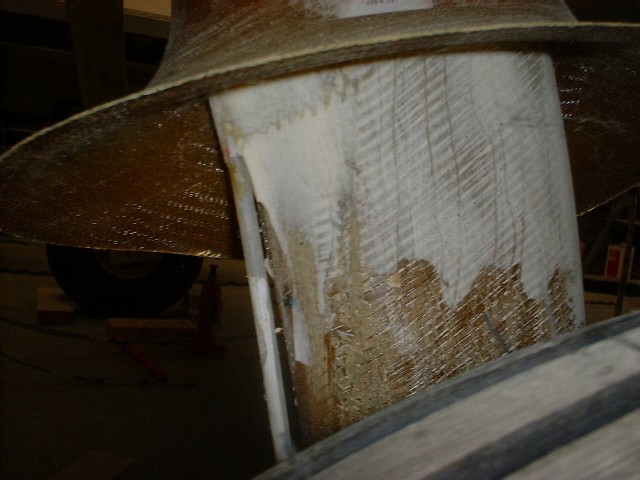 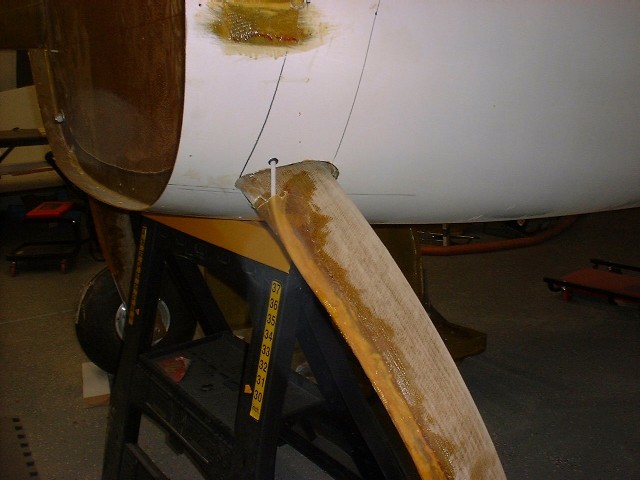 The new factory instructions for the brake lines includes running the brake tubing inside of straws which act as a conduit. Here is a picture of my retrofitted installation where I’ve also made the fuselage hole slightly larger and installed a grommet, micro-glassed the straw, and covered it with BID.
Not sure where this should go, so I’m putting it here. When I first bled the brakes, I was told, “yea, just get a pressure bleeder and force the fluid up from the brakes slowly, it’ll be fine. I tried that, no luck. Got a vacuum bleed, and mounted it to the master cylinders in the nose. No luck. I tried the two together. Rinse, Repeat. No luck, still squishy, still air bubbles trapped. Much slippery DOT 5 spilled on floor, much nashing of teeth. Now, I’d always heard that if you lifted the nose up and let it sit like that for awhile, it would work much better. I was always leery of that, fearing that she’d sit back on the motor and bust something. But, I broke down and tried it, because, hey, I need brakes. Turns out, she’s pretty stable when lifted (at least with the wings off), and so I let it sit overnight. Guess what? Next day, I pump the brakes once each (note, no bleeder at all, just a light pumping action), and presto, a big bubble, and then great firmness on the pedals. And the clouds did part, and the Lord spoketh to the his bleeders, “be thyne at your ease”…. Gravity truly is reliable. 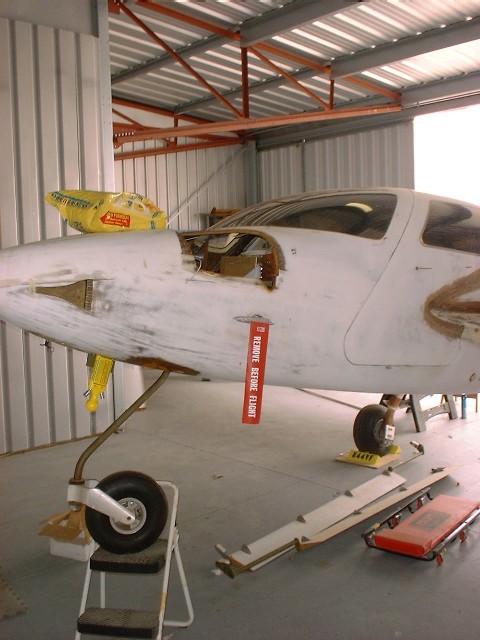 One response to “Routing Brake Lines and Bleeding Them”