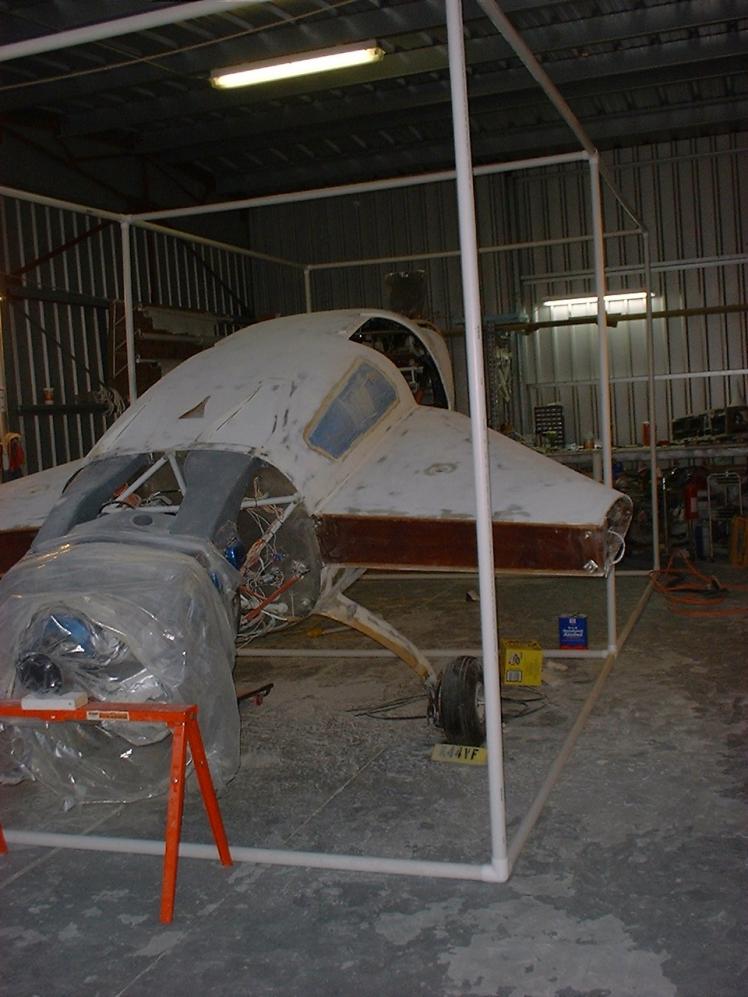 The boys (Jerry Brainard and Bob Buls) wet sanded and buffed the pilot wing while I was out of state, and we moved it to the airport this weekend. Since we’ve got Bob’s wings in my hangar as well, it’s a bit of a tight squeeze, but we found room for everything. Thanks to Carlos, my GRT Horizon system arrived on Friday as well, so we spent some timing getting it all fitted up in the AL backer plate, and are ready to mount the backer as soon as the ASI and altimeter arrive from Spruce. We also broke the paint booth down and moved it to the hangar, though we won’t set it up until we have the fuselage ready to paint. It will take us a few more days to get the compressor and everything else moved from the house out to the hangar. Also, since it’s really not related, I’ve moved the painting pictures to a separate, non-incident-based page.