OK, here’s the deal on Master Cylinders, and a real no holds barred data dump. Very important, shouldn’t be a big deal. The only thing is this the modification mentioned below in 10.5.3, where we pulled the pedal mounts to the very outside of the pedal cross tube, which pretty much centers the pedals. That’s all good, but if you follow the plans they have you center the pedals on the bump in the canard bulkhead, which seems to put them just left of center of the pilot side seating “space”. Anyway, to make a long story short, where our hit is the slanted section of the bump out, so I had to build that up flat with schmooy, BID over it, and then after drilling the holes to match the master cylinders order longer bolts for the right brake. Did I mention the big fun I’m having building this plane? 😉

Anyway, with that done, I bolted them to the bulkhead, and attached the push blocks to the push rod, and we ready to go. 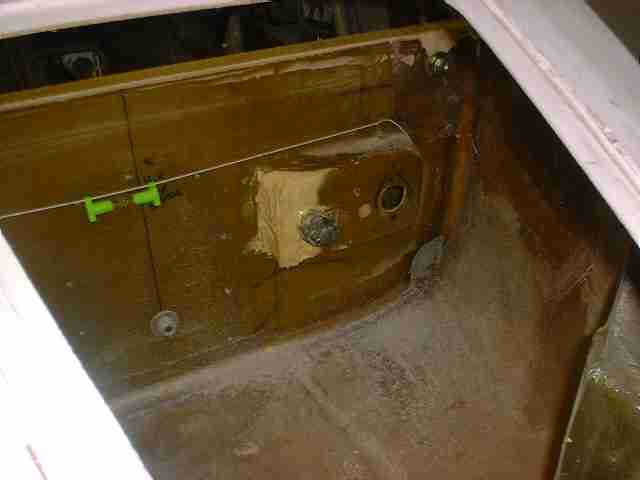 Building up the Pedestal with Glass Bubbles 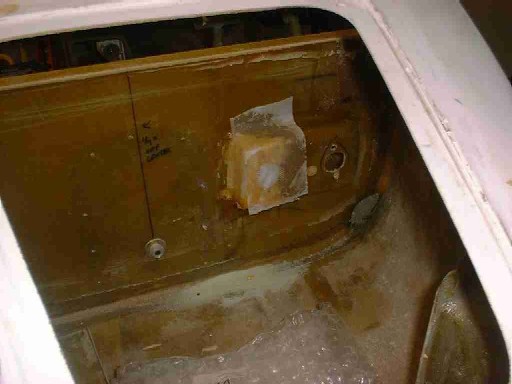 Covering the Schmooy with BID Cloth 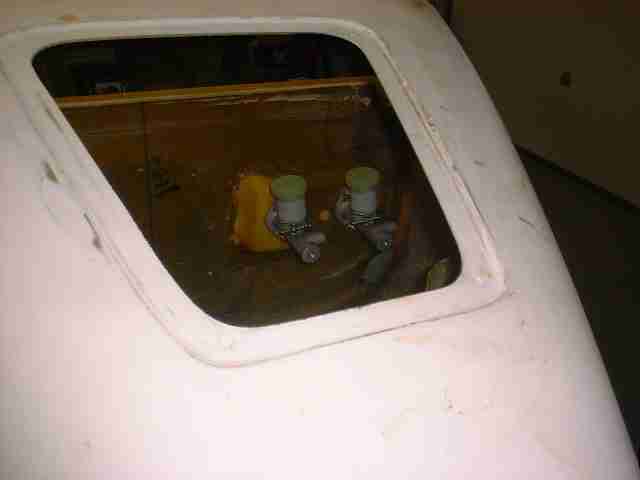 Next, we’ve decided that we’d like have a parking brake, so that we can get out of the airplane without worrying about it rolling before we set chocks under it. We’ve purchased a Matco parking brake to handle this duty. We’ve mounted it just under the panel on the pilot side wall. Correction, after fiddling with the panel and things, we’ve mounted it to the bracket in the below picture (for the EFIS box) so that a control handle could be fabricated (by my builder buddy Jerry Brainard) and installed. NOTE: We later pulled this parking brake out because it was making it really, really had to bleed the brakes, and I removed it some time later. 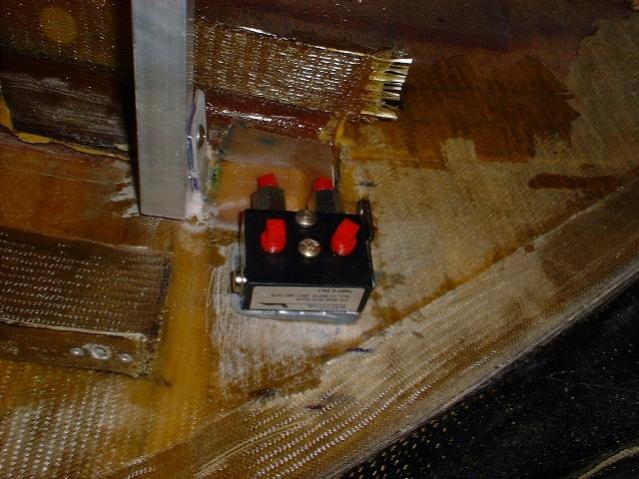 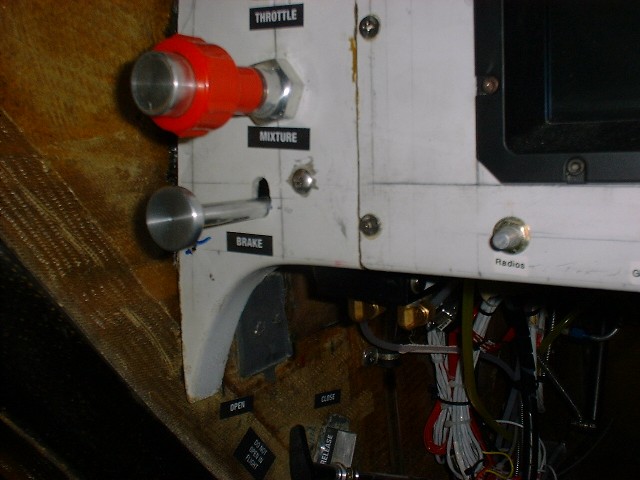