The main gear axle bolt holes were pre-drilled by the factory. However, we had to drill the backing plate, shown below, to which we will later mount the wheel pants. Also, we’re mounting an optional phenolic pad between the axle and the gear leg to prevent excess brake heat from sinking into the gear leg and warping it.

Next we set the axle toe angle with washers under the axle, and then the camber. We want 10 degrees of down angle, and 1″ of kick in at the nose of the plane. We then build up a flox pad around the washers to hold this angle. 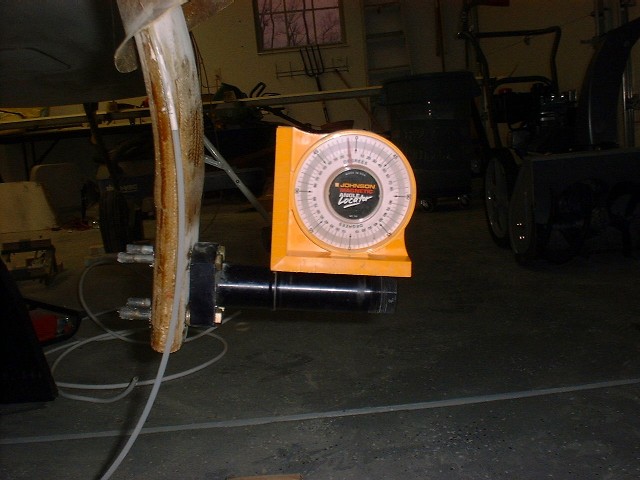 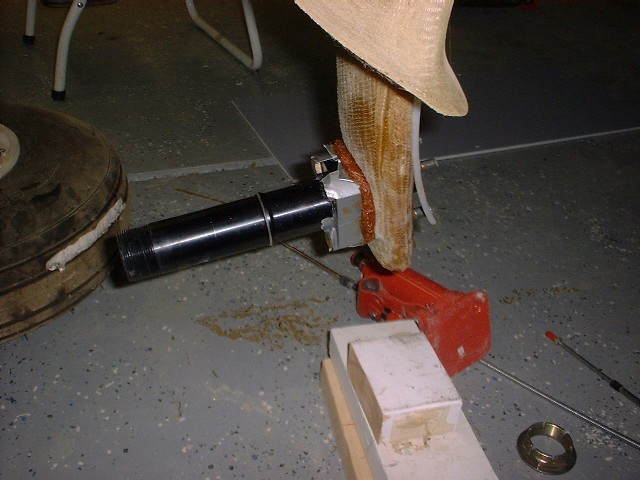 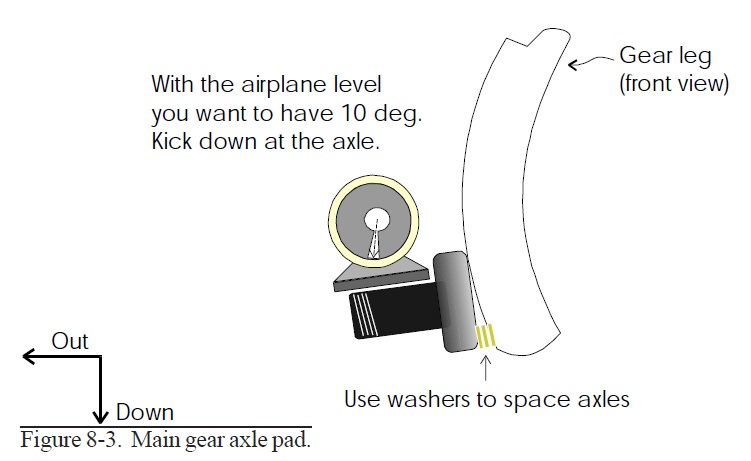 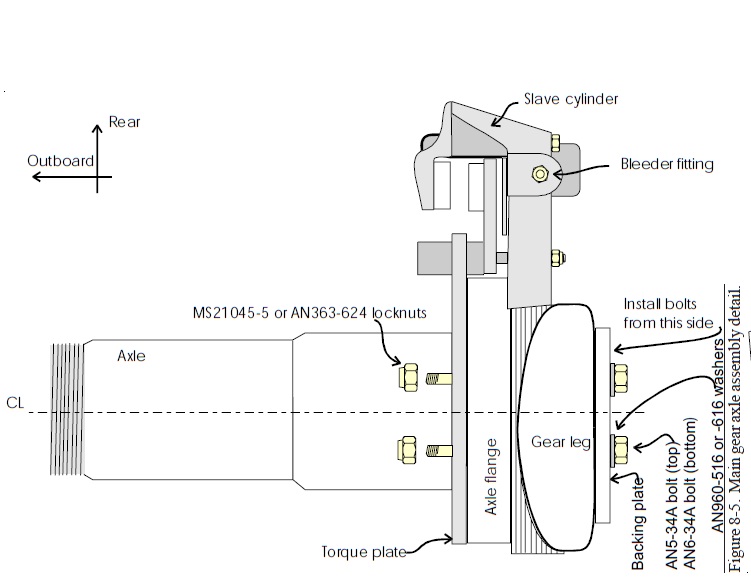 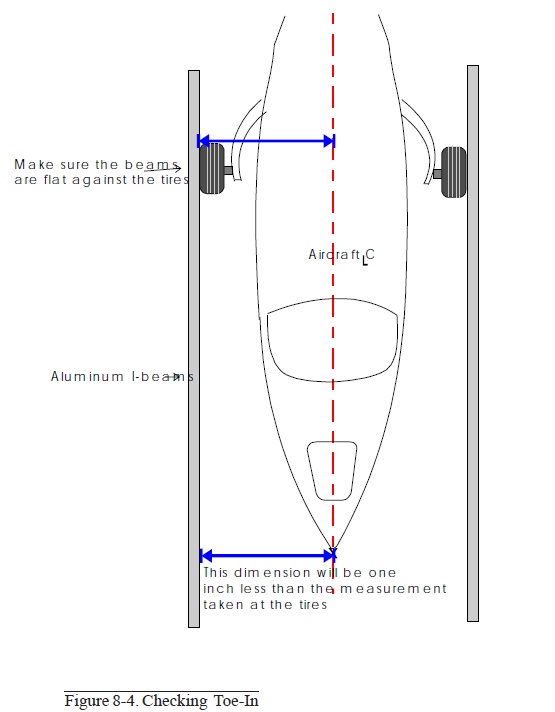 Next we would install the brakes. At this point (after having test-fit the Matco brakes), we decided to order the Cleveland brake upgrade from the Velocity. This was primarily driven by the fact that the factory now apparently supplies these brakes as standard equipment, and the fact that I’ve never heard a complaint about the Clevelands. After talking to several Velocity pilots, I think that the Matcos would have been fine, but I’d rather be safe than sorry. 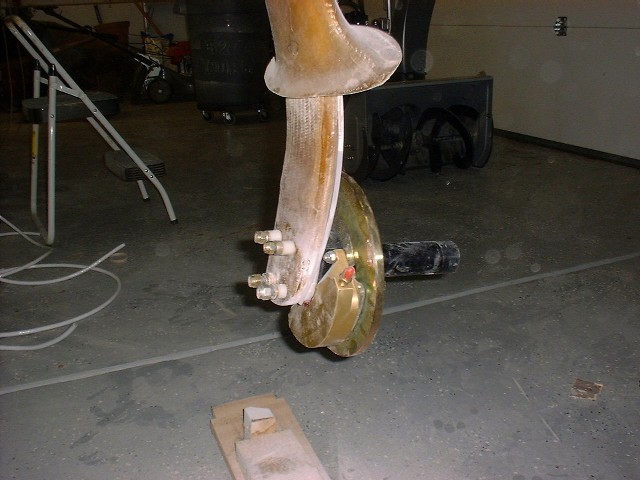