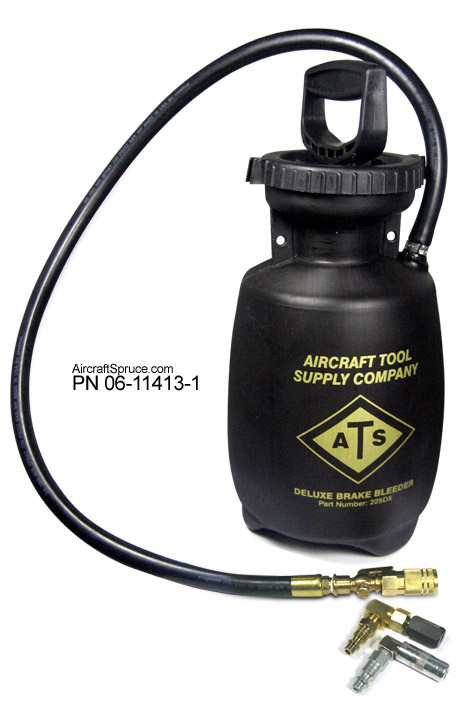 In our last update we’d just flown back from the Rough River fly-in. We’d been flying a ton in the run-up to that event, which left us with a handful of things that needed attention once we were home. One of those things was our right brake. It had been dragging, just a bit, for awhile. It wasn’t so bad that it really affected our take-off rolls (since you steer the Velocity by use of the brakes), but it wanted attention. As it happens, when we were preparing to depart from Rough River that brake was also soft (a fabulous situation).

Luckily a couple of quick pumps and the brake pressure came up fine, and we flew home, and I started the next day the process of getting it back up to snuff. First we tried to simply bleed the brake, using the ATS bleeder, with limited success. It seems that since this bleed requires you to pump air into it, we always would get some small bubbles. This led us to try a oil, the hand squeeze type, since it’s basically a positive-displacement pump. That worked a lot better, but while we had the brake apart we noticed it had one brake piston/puck deployed further than the other. We thought this was causing the dragging in the brake, and was probably caused by having an air bubble stuck in it.

partially deployed for awhile, it had gotten gunk into the cylinder, and even after bleeding it (with the cylinder forced in) that puck continued to stick out, to the point it eventually just locked the brake (good thing we got the air out from behind it, right?). Luckily I’d planned ahead and ordered brake linings and o-rings for the Cleveland brakes, so we took the brakes apart and cleaned up the cylinders with some 2000 grit wet paper, installed the new o-rings, and re-bled the brakes. This seems to have fixed my issues, and the right brake is now the envy of the town! 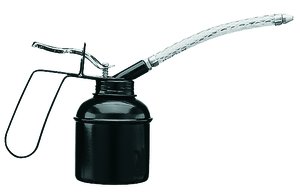 UPDATE: 10/22/10 This did not fix my broken brake! We ended up replacing the master cylinder on the pilot right pedal and rebleeding. After 3 full-stop landings and a full taxi out and back, we think it’s fixed now, but stay tuned!.