A big day here in the old town. After weeks of wrangling with schedules and weather and mechanical issues, I finally was able to get my checkride int today. It was fairly stressful getting ready, as I tend to have a bit of performance anxiety (and I hate to fail), and pretty much all of my friends are pilots and knew the ride was coming up. Consequently I didn’t sleep very well and probably over prepared myself. As it happens, I was worried for no reason, as the actual exam went pretty smoothly. I was lucky enough to get to take my ride with Martha Lunken (yes, of those Lunken’s, so if I get lucky my license will forever have the name of a local aviation legend on it), and she could not have better to fly with. She arrived promptly at 10 am ready for the oral portion of my exam. Here’s my spread. 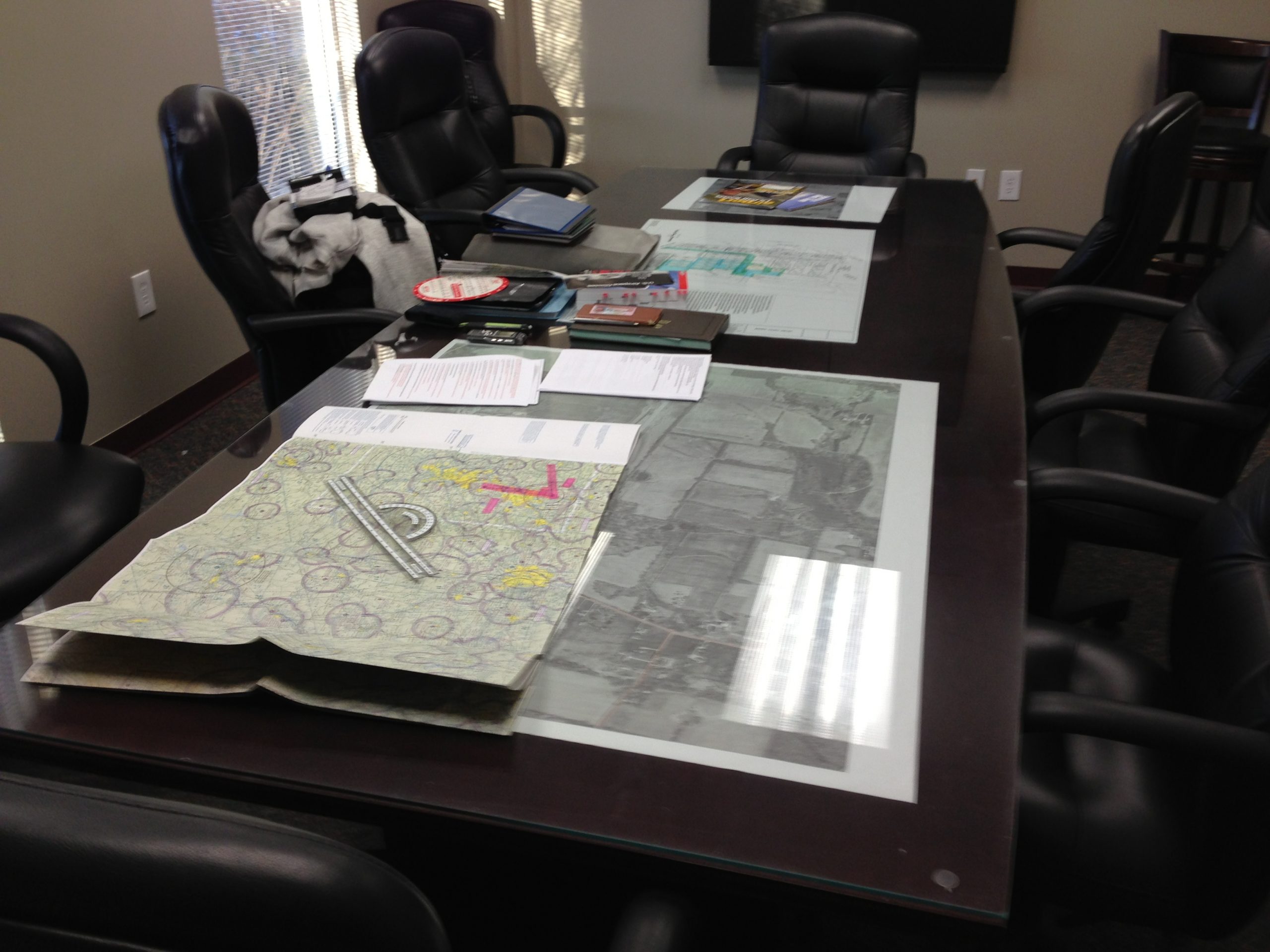 My charts and flight planning docs

I’d already planned a cross-country of just over 300 nm miles from Lebanon to Dayton and then on to St. Louis. I’m told that this was John Lane’s favorite PTS route, but Martha didn’t care for it so we decided to head directly towards St. Louis. I was surprised that the oral was not just a question and answer session, she basically would lead me to a topic and ask that I discuss an area of interest. At first this was disconcerting because I wasn’t sure I was giving her what she wanted, but it went fairly quickly and I was surprised to find that I did not need to reference the FAR/AIM at any time. After about an hour she was satisfied and we headed to the airplane. Fortunately the airport was able to find a spot for the Warrior in the hangar for the night so the engine didn’t need a lot of preheating and no deicing, and I was able to do my preflight in relative comfort. 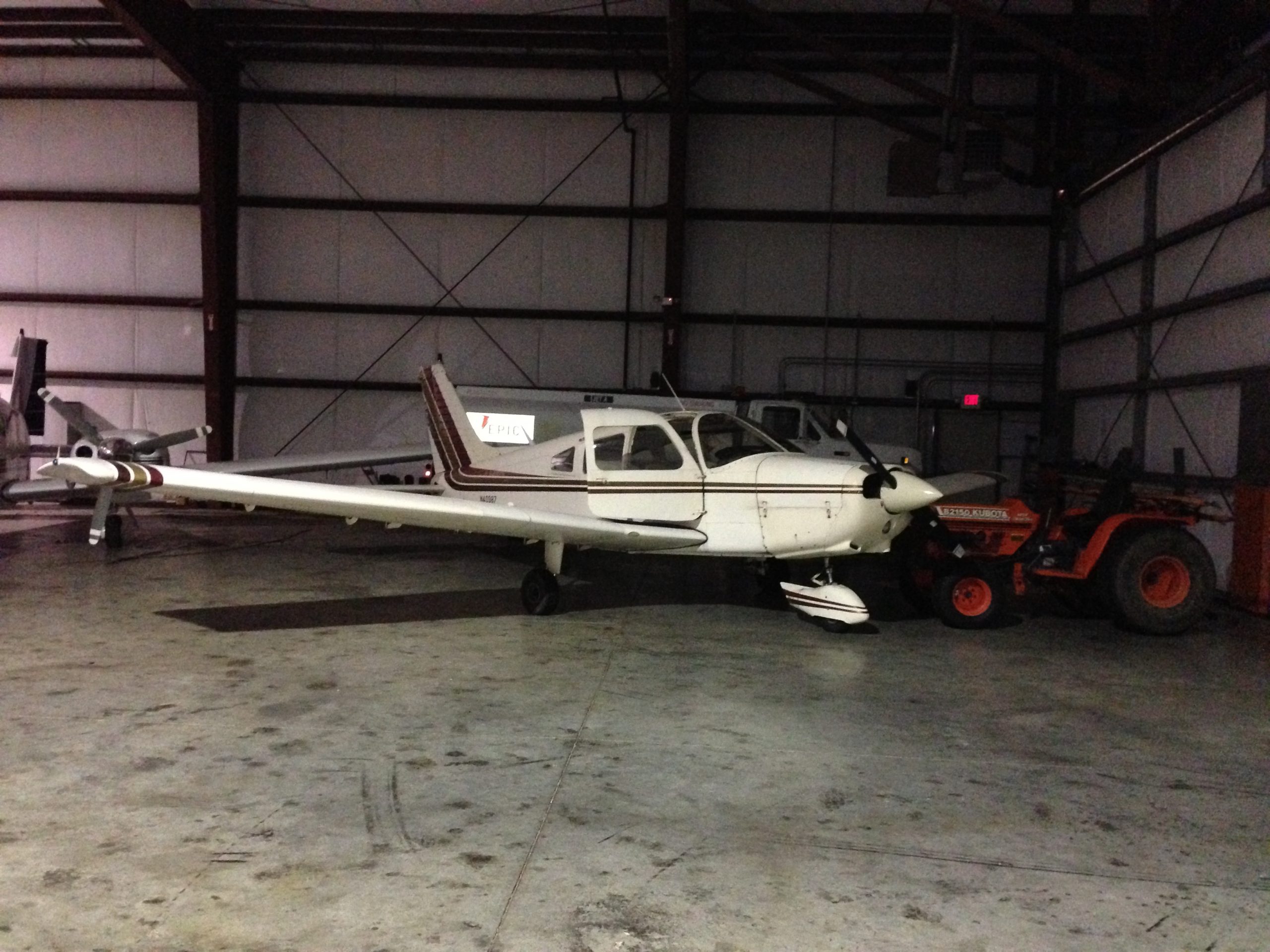 The weather was pretty good, though there was still some snow on our runway, we eventually did landings at Oxford (Miami University) as well, and it was clear. The winds were light, with about 6 kt crosswinds in both places. The skies were basically clear, though there was some haze, and I’ve flown very little with snow on the ground, so everything was harder to find.

I did my run-up and Martha asked to to do a soft-field take-off due to the snow and then head on course (260) for my first check-point. My flight plan took me right between Butler County Airport (KHAO) and Middletown Hook Field (KMWO). I had no trouble picking up KHAO, but never did really see KMWO. We then dialed in the KRID VOR’s 300 degree radial to get us to Miami University’s Oxford Airport (KOXD). It has some nice landmarks, including Achton Lake and the city of Oxford, which I was able to pick up, and after flying due west from there I did eventually find the airport.

She had me set up for a standard landing, which I did to a full stop and easily made the first turn and taxied back. My first departure was a modified soft field (I didn’t use the flaps), so I did a full soft field to depart Miami, and she promptly failed my engine. I was a bit surprised because we were pretty low and there were not many good emergency landing sites. I trimmed for best glide and aimed for the only open field nearby, which I might have been able to make (it would have been very, very close), but once established she gave me the engine back. The main point she wanted to make is to establish best glide and go down in control no matter what. We were too low to return to the airport, and she wanted to see that I didn’t try to do something awkward.

Once I was back to altitude we headed back east we started the air work in earnest. I was surprised, looking back, that I ended up not doing any ground reference maneuvers at all, we did slow flight, power on and power off stalls, and steep turns (I hit my wake going both ways), and simulated instrument (including 1 unusual attitude) but that was about it. She did want to check out the stall characteristics of this Warrior after seeing how stable it was, and initiated a spin entry, but that was mostly for fun. The only thing I didn’t really enjoy, other than the spin (which I’d never done) was the unusual attitude. She put us in much more severe a dive than I’d ever done, and although I handled it properly there was a lot of ground in the windscreen for a long time while I got the power out and eased the nose back up.

But that was basically it, she had me do one short field landing from a straight in approach back to Warren County and then told me I’d passed. Just over an hour in the air and I was real pilot. A pretty straightforward day, all and all. We concluded our business and I asked her if she would like to check out the Velocity before she flew back to Cincinnati Lunken Field, which she graciously did. She seemed to genuinely like my baby, and since I’d asked Elizabeth to stay home (I just couldn’t have her there if I didn’t pass), I got a picture. Thanks to everybody for the well-wishes. I first started taking lessons back in 2001, before we bought the kit, so it’s been a long road home, but it’s been worth it. The total bill for getting my license was so close to $8,000 as makes no difference. Next stop, my high-performance endorsement… 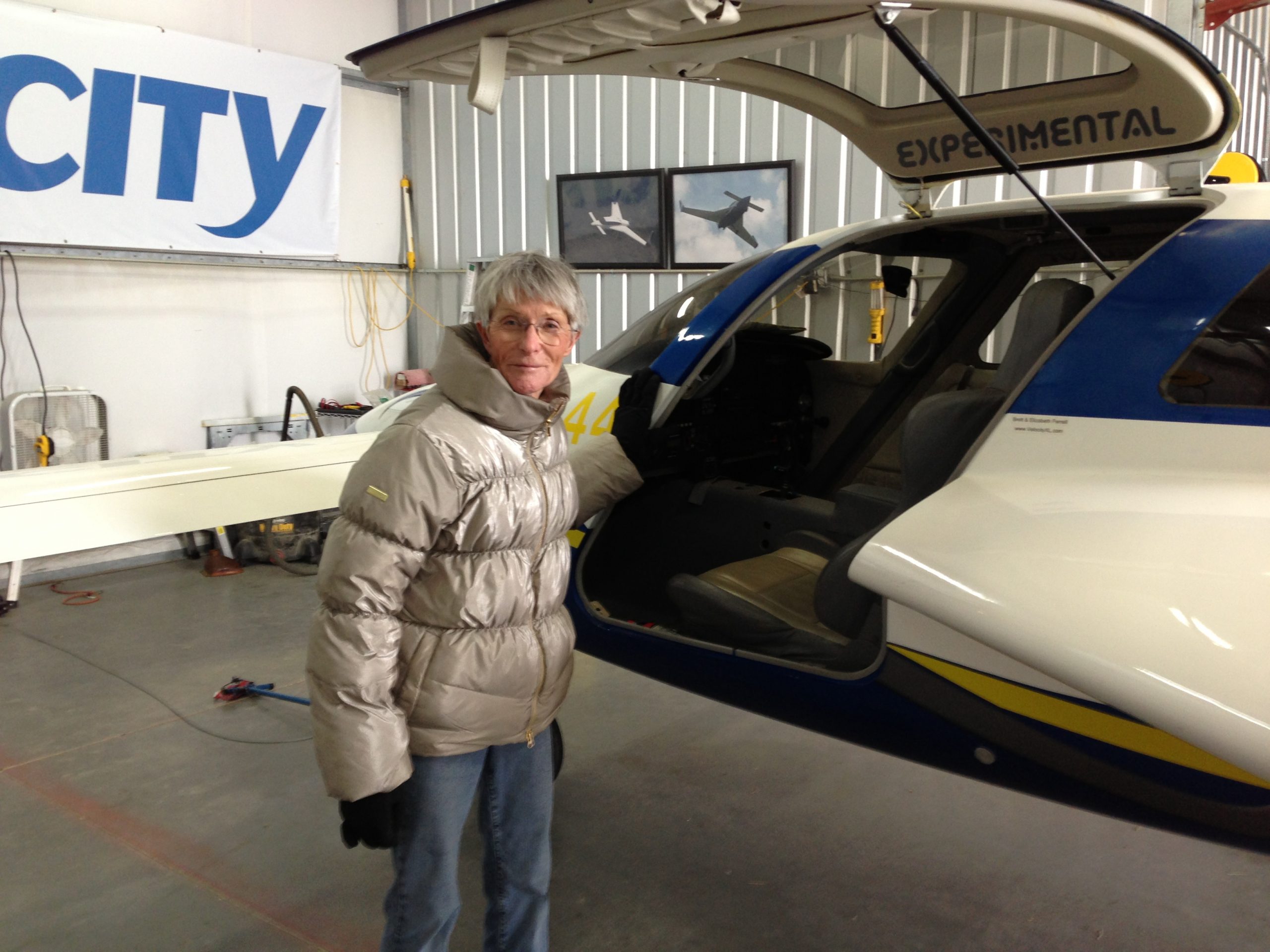