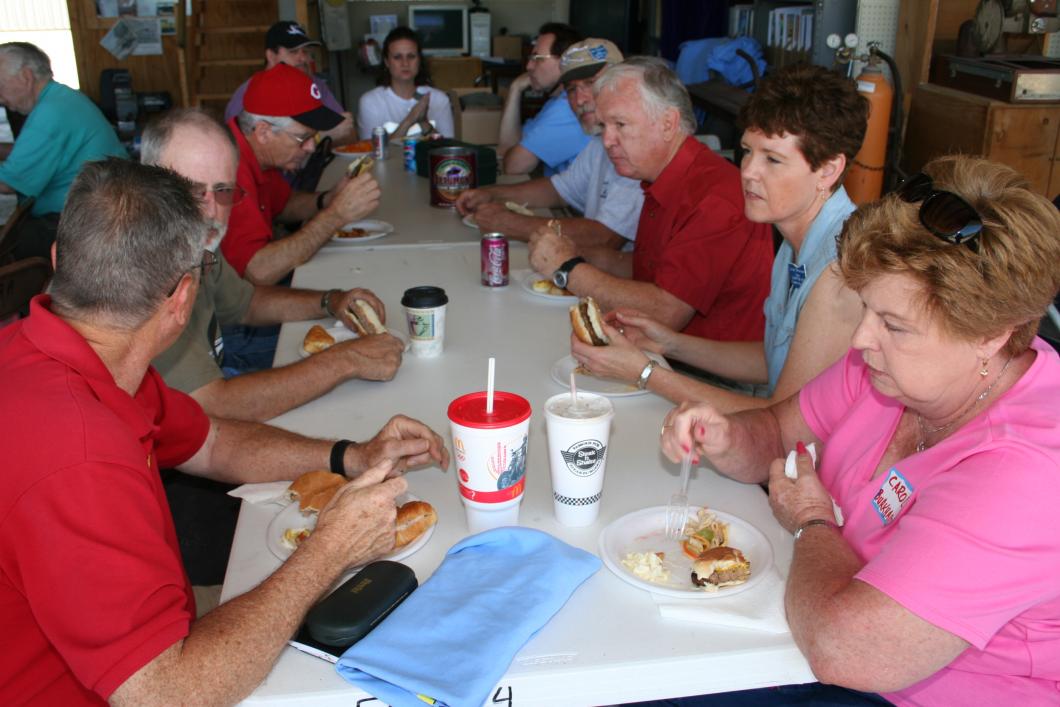 Our EAA chapter has a picnic every summer to bring our families out to the airport and show them what we’ve been working on all winter. We’d flown in once before, and desperately wanted to show our new paint to the chapter for the first time (not to mention prove that it flies).

So, I ran out the airport early and put in the back seats. I’m finally confident enough to do that, note. Wow is it hot in the back of that airplane, with the morning sun beating on the hangar door. Once that was done we started looking at the suspect EFIS button from Saturday’s failed flight. Jerry noticed that knob was further away from the bezel than the others, and although I was dubious that that was the root cause, it in fact was just keeping us from being able to push it far enough in to activate the button. Once removed, the display worked fine, so we left it off for the flight to Hamilton. 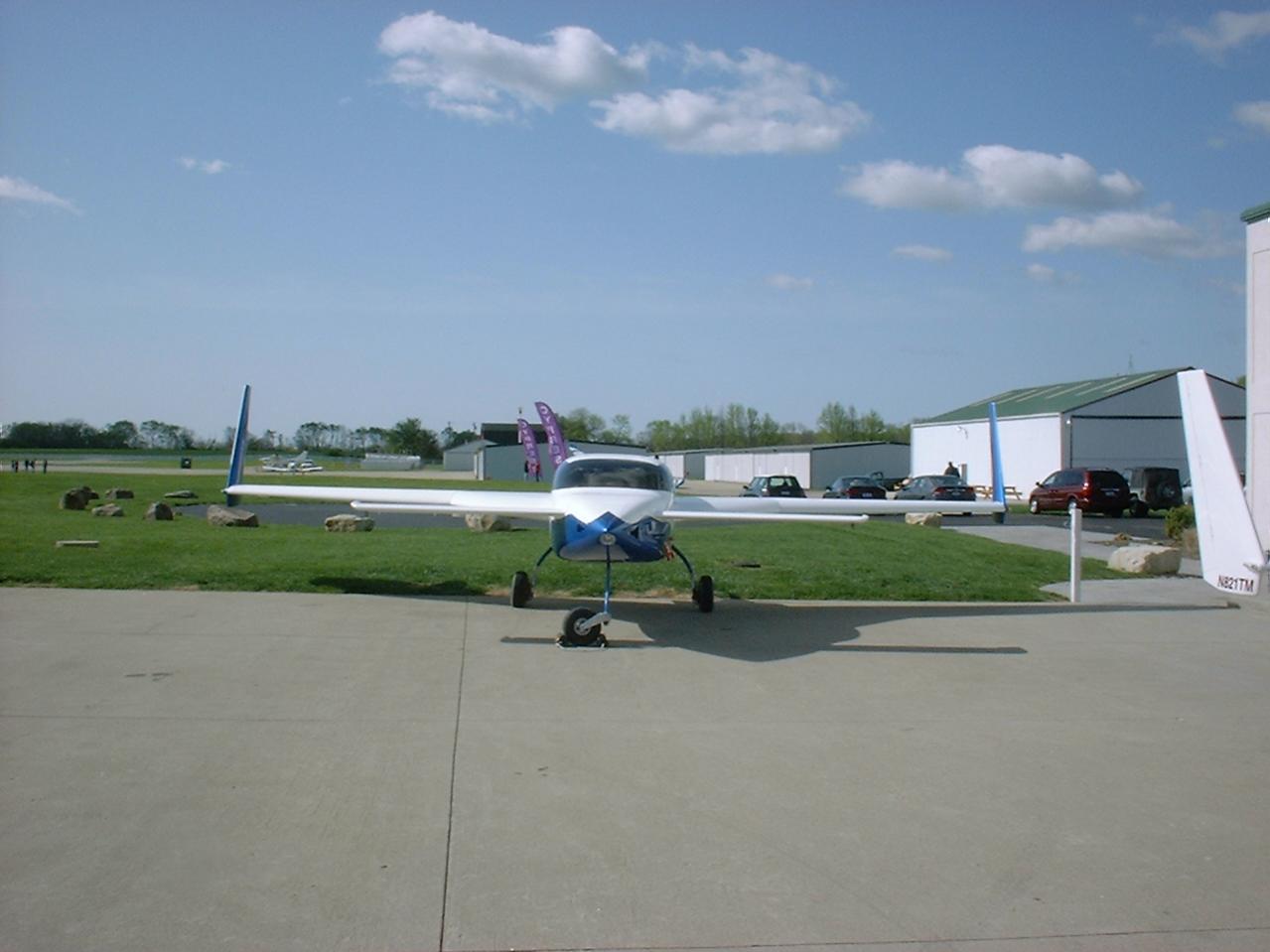 Since Jerry and I and flown more than once, and Beth had given Bob a ride on Thursday, we thought it would be fun to let Linda take the ride over and I’d get some video from the ground. Again, watch this space as I think we got some good video, but the Fox flew great, and everyone was very pleased to see her. I don’t have the new page full working, but you can still check out our flights here.

After filling up with burgers and dogs, Elizabeth mounted up and started handing out rides, taking folks around the pattern, a low pass, and then back to swap out. She took Hildy, her friend from work and her family, Reiff a potential Velocity builder, and few other folks. She flew in the heat until pretty much everybody had headed home and we bundled Linda back in and sent her back to Lebanon. Even running at high power in the 86 F heat, with a lot of taxi time, she barely cracked 200 F oil temperatures. Everybody seemed to really enjoy seeing the Fox make her low approaches, and on one pass Ray followed behind in his Vari EZ. What a fun day, and I couldn’t be prouder of Elizabeth, and our plane. Maybe we’ll fly into the Dayton airshow this weekend…