This is actually the second avionics fan I’ve installed, the first was on the cold side of the firewall to blow fresh air into the LightSpeed Plasma III ignition modules, which suffer when allowed to get to hot. I didn’t document that well, but one of the several upgrades that I sent my Plasma III units back for, they added a cooling port with a 5/8″ ID connection for an avionics fan connection. As you may recall from this blog entry, our GRT display units (at least on the pilot side where the nose oil cooler is mounted) occasionally overheat. Although this is only when it is very hot, mid 90’s or higher OAT, and they reboot and come right back, it is very annoying.

So, one of my winter upgrades was to get a fan for those nose. Here you can see I’ve mounted it where the Weather Works receiver used to be, and I’ve run hose to each of the screens. There are grills on the back, and I looped a wire tie in the grill, then drilled through the tubing and ran the wire tie through it to anchor it to the back of the screen at that opening. Right now it’s just taking canard air to push to the screens, but I intend to take fresh air from the nose fresh air NACA and supplying that to the fan, but I need to make sure I don’t take rain/water to the fan… 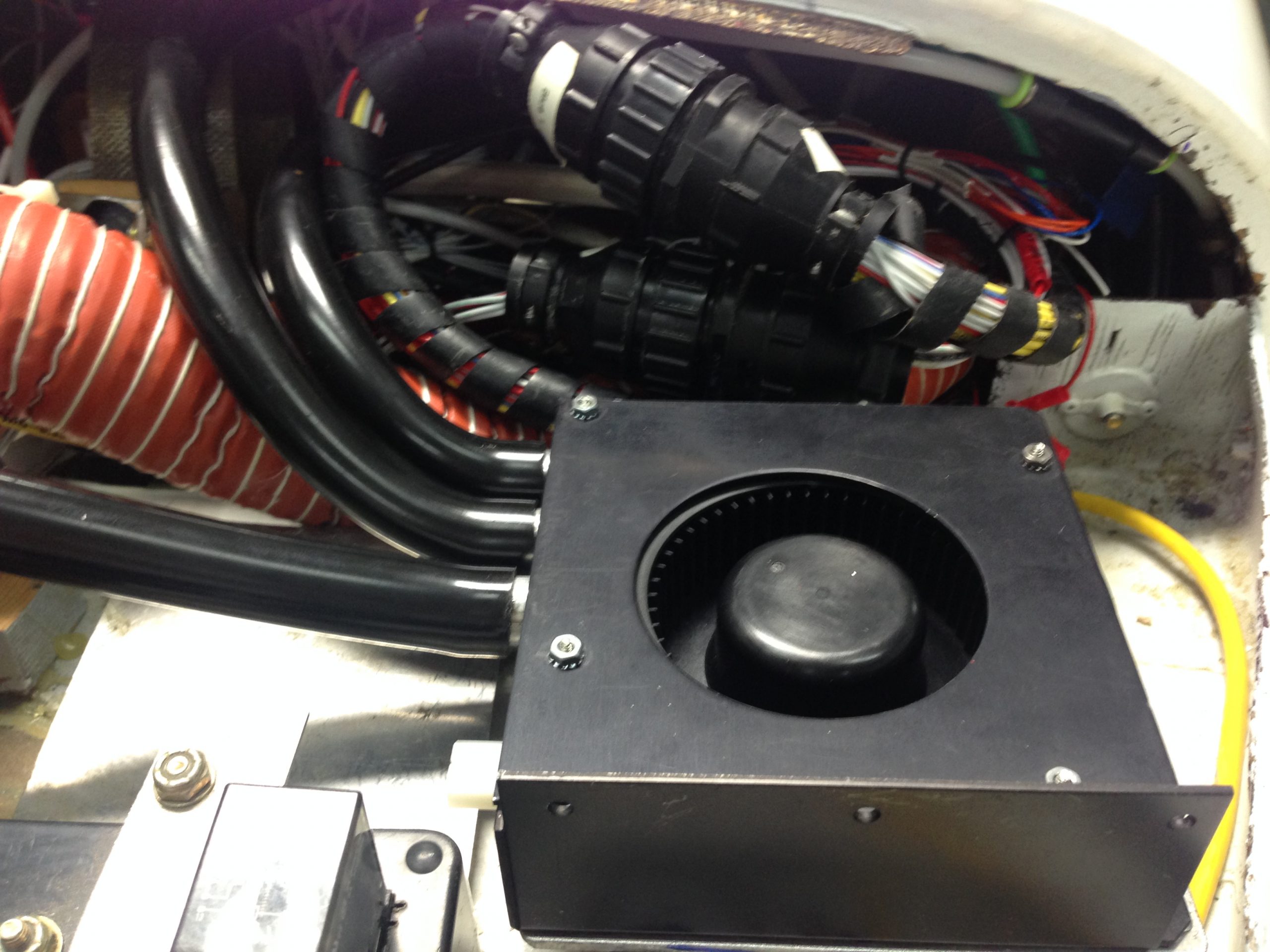