Update 1: Congratulations to Tom and Loretta Irion for winning the Gold Lindy.

Warning: This page is picture-heavy and will take quite awhile to load….

Oshkosh Airventure 2015 started off with a bang for us, literally. I hit something with the prop the day before we planned to pack for the show, and took a nasty nick in the leading edge, all of the way through the stainless steel protection.

The good news was that my practice went really well, and I felt ready to fly in. The bad news was I wasn’t sure we’d be safe flying in. I couldn’t get a hold of anyone at the factory before we planned to depart so, reluctantly, we decided to drive. I don’t expect I will make that drive again, by the way, it’s hideous after you’ve flown in. 🙂

So, with that decided we headed out as early on Friday as we could, with a planned stop in Michigan to visit with Velocity builder/fly friends Andy and Theresa Millin at their house, and with Mark, Nancy, and Sean Riley who would be dropping in on their way from Philadelphia with friend Garrett Hooper. We’d all spend the night there, and then we and the Riley’s would continue on to Oshkosh on Saturday. Andy made some of his world famous ribs and sweet corn and we enjoyed some of Theresa’s baking (a variety of cupcakes and sweet rolls the next morning), but all too soon we needed to get on the road and around the lake. 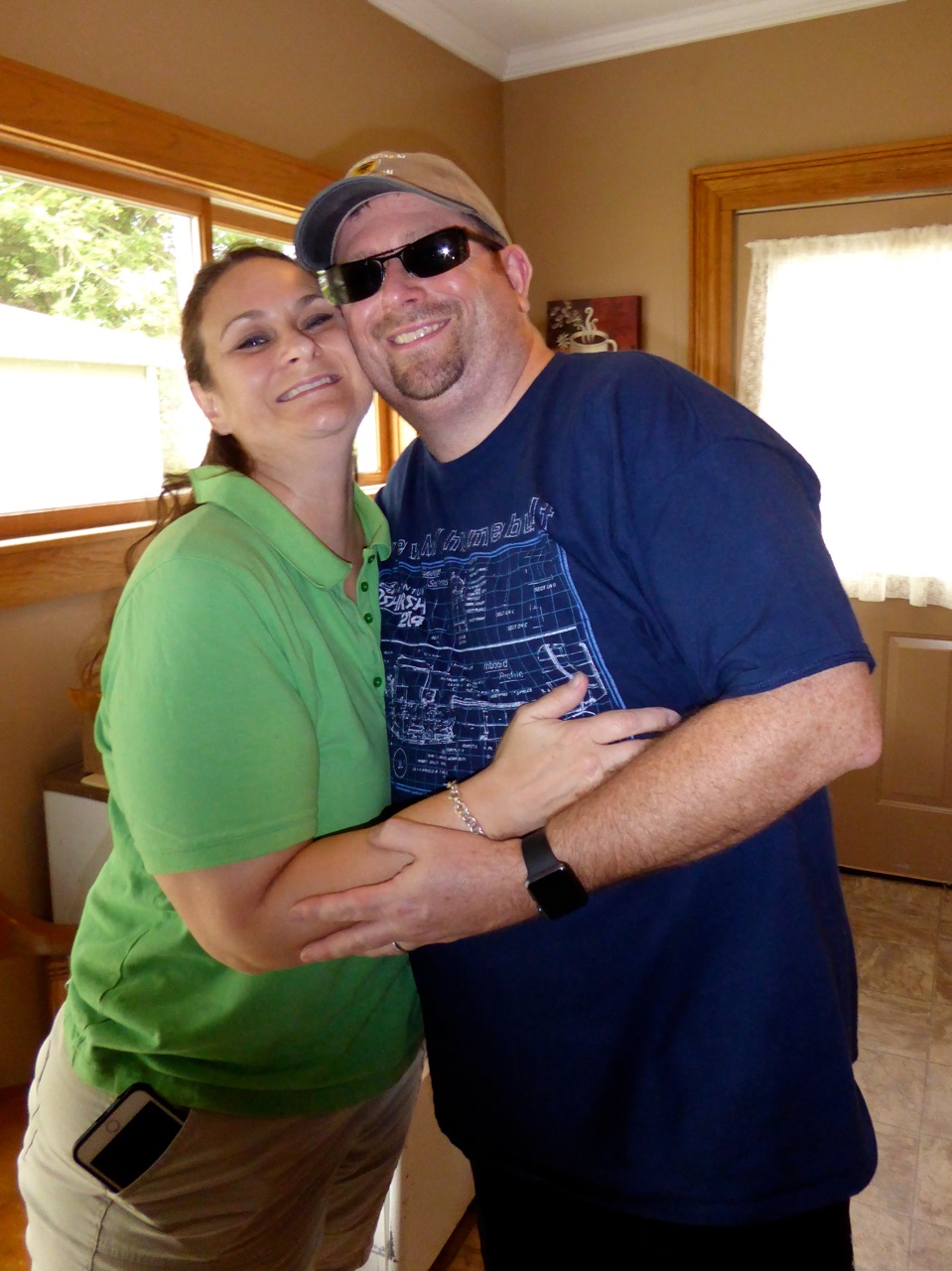 The Riley’s departure was held up a bit for weather, the skies were overcast and they needed to let them lift a bit. They still beat us by hours! Did I mention how mad I am we couldn’t fly? We checked into the UWO dorms and met up with the Riley’s, who were also in the dorm.

We mostly spent our days at the show, our evenings getting dinner in town with Velocity builders and owners, and nights at Kelly’s bar near the dorms where we hooked up with Jesse the manager.

Days at the Show
On Sunday the show hasn’t really started, so we sat next to Runway 27 watching arrivals and critiquing them. I bring my handheld so I can listen to ATC, and particularly those folks who, probably having not read the NOTAM thoroughly, weren’t prepared to do what was asked of them (or respond when they’re meant to stay quiet). There was a lot of “Cessna, I need you in the grass as soon as you’re able, landing traffic behind…. Cessna in the grass please… Piper GO AROUND…”.

We missed Andy’s arrival as he requested (and got) 36, but we did get to see Kent (Farmer?) and Darrell and Nora Kuffalk’s landings. Kent got a shimmy on landing, and later Mark installed a new nose gear for him so he could fly home (the factory shipped the parts over night).

One thing that we did that was pretty interesting/horrifying was the FAA Hypoxia demonstration. They have an oxygen generator that uses a closed room as the source, so it gradually sucks the oxygen from the room, and increases the nitrogen and other components until it’s equivalent to 29,000′. They do this so you can quickly start to experience Hypoxia, and learn to recognize your symptoms, which they list on a convenient little sheet for you to take notes on. I found that my first symptom was suffocation, but it wasn’t listed, which I found disconcerting.

We had lunch with other builders nearly every day, it was great to get to meet new folks (like the Winkers and Luis Luisciano!) and catch up with our many old Velocity friends. The weather was awesome. I really liked last year, but it was a tad on the cold side. This year it was lows in the lower 60’s overnight at highs right at 80 with high pressure and few clouds everyday. We really didn’t get rained on at all.

Evenings/Dinners
Every evening except Wednesday, where we attended the Velocity/VOBA BBQ – thanks to Reiff and Melissa Lorenz, Albert Khasky, Jerry and Linda Brainard, and the factory – we dined at some of Oshkosh’s finest restaurants, including Mahoney’s (twice!), Friar Tuck’s (best burger), Lara’s Tortilla Flats.

It takes awhile to get into some of the closer and more popular places, but it’s OK when you have good company. And you get some of the finest cheese around!

Nights/Kellys’ Bar
At Kelly’s we hooked upw tih Jesse, the owner’s wife/girlfriend, and she realized pretty early that we were the most entertaining group she was going to see this week… so she took really good care of us, and even played a bar game with us. A jelly bean supplier had stopped by earlier in the day with “Bean Boozled“, a nasty bar trick where you hand out jelly beans. They can either have a pleasant/normal flavor or flavors like Baby diaper, skunk stink, barf, and rotten egg. Wow. Just nasty.