Terry reports that, on a recent flight, his gear retracted after riding over a bump in the pavement.

This aircraft had a previous accident also.

This past weekend I did some flying as usual to Tifton GA for work. Saturday took a short flight to Spence field in Moultrie GA to take in a car show/swap meet at the airport. When taxiing out along the runway apron with a group of 3 RV’s to depart, I hit a portion of pavement that I can only describe as a “speedbump” which I couldn’t appreciate the height (about 4 inches) until I was on it. (full tanks, 950-1000rpm, roughly a brisk walking pace) After the shortest flight of my life, I got that sinking feeling when the maingear collapsed and I scattered 4 beautiful MT blades across the area followed by some steel from the exhaust and some belly micro/glass to top things off. My first thought was that a gear leg(s) had failed, but on further look I found that the overcenter link was disengaged. A lift from a towtruck allowed the gear to fall and re-lock normally with no obvious damage to the gear mechanism other than scrapes on the lower portion of the gear doors. Was then able to tow to parking ramp with a golfcart and sympathy. Pulled the cowling and found no visible signs of damage to the engine mount/firewall inside and out or anything else other than the prop(ouch!!!), exhaust, winglets and minor belly abrasion. 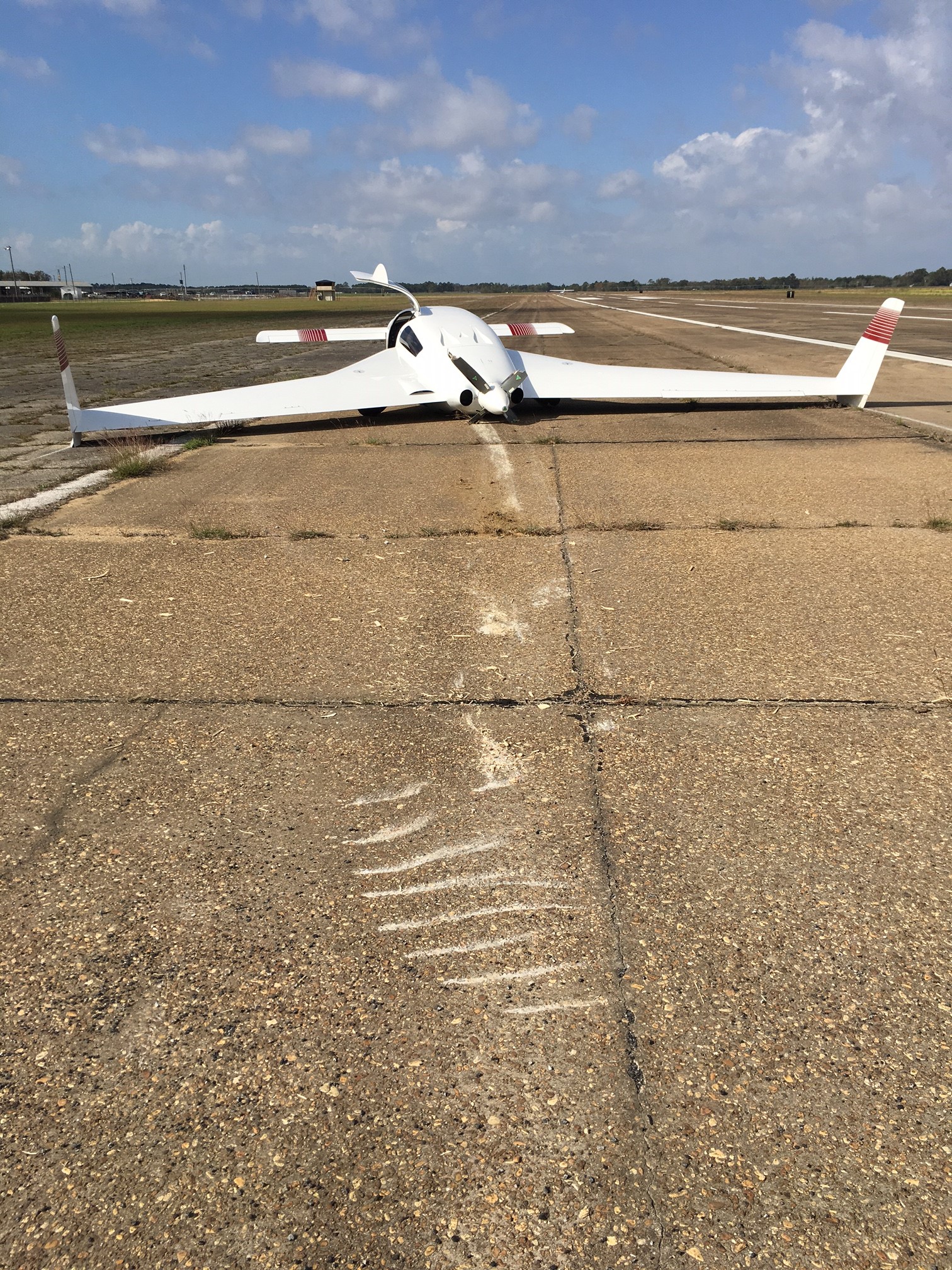