We had another great visit at RunwayFest, with great support from the City of Dayton Aviation Department, and at the invitation of fellow Velocitites the Lorenz’s. I didn’t think to take any pictures, but luckily Elizabeth thought it would be nice to grab some of the fireworks. This year I decided to drop the airplane off early and get it on static display and then stay for the fireworks, flying home the next morning. This allows for a much more relaxed pace of the evening. We had a great crowd of folks stopping by and asking about the airplane… the weather was great… and carnival food is always fun. Here are Beth’s pictures. Do yourself a favor and check out the fullsize images, they’re pretty awesome.

RunwayFest was featured in the AOPA ePilot and the WHIO TV website.

Check out the Picture Album 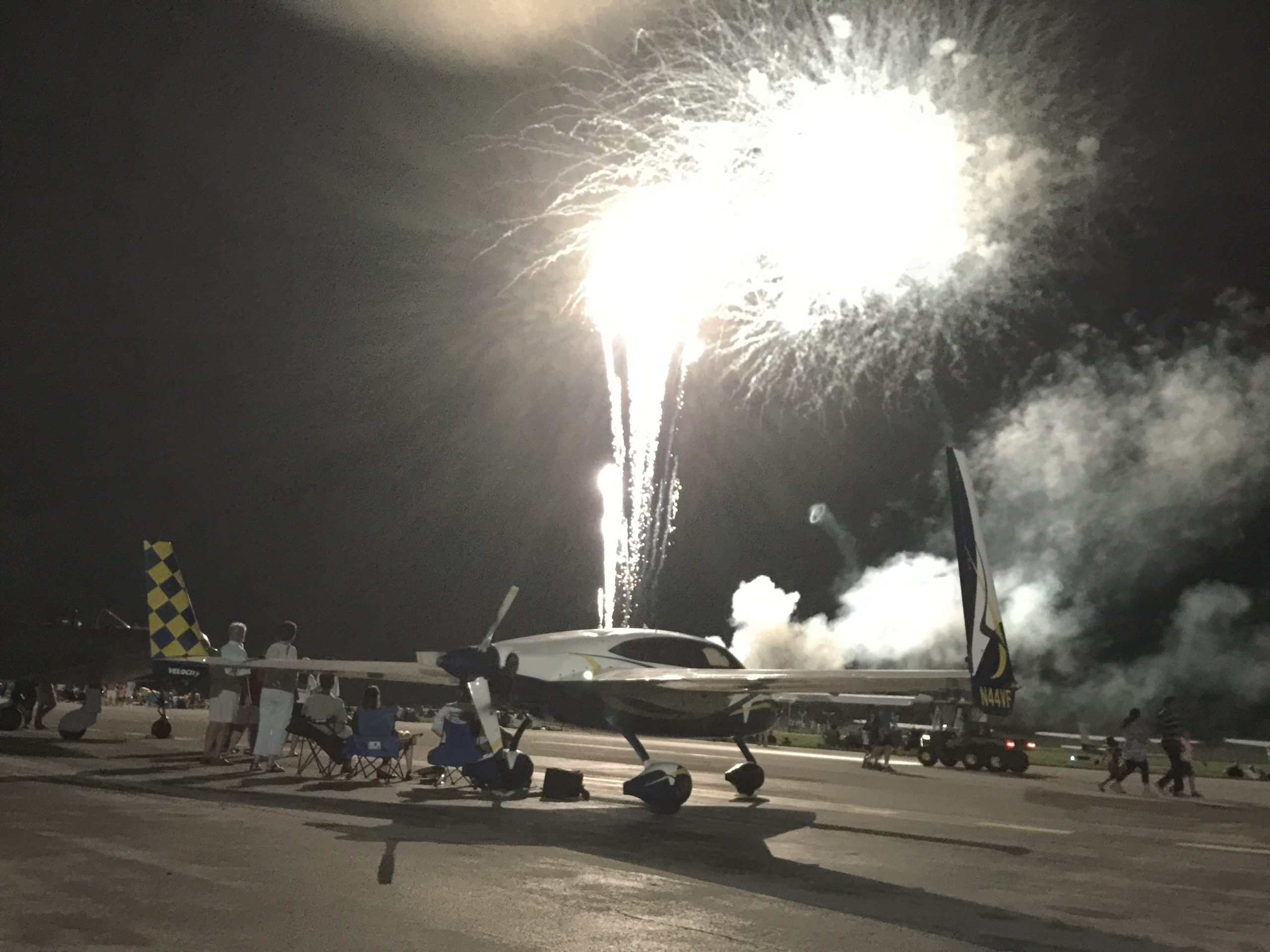