Airplane was destroyed damaged in a hard landing in gusty conditions.

NTSB investigators used data provided by various entities, including, but not limited to, the Federal Aviation Administration and/or the operator and did not travel in support of this investigation to prepare this aircraft accident report.

After landing on runway 18, the airplane rolled out for a few feet when the right wing “abruptly raised.” The pilot tried to correct with right aileron input and applied full power to execute a go-around. The airplane went off the side of the runway and all three landing gear wheels were still on the ground. The pilot elected to continue the go-around and the airplane continued to roll along the ground as the pilot waited for it to reach the rotation speed of 65 knots. He did not however, see a drainage gully. The nose gear impacted the gully, the main landing gear impacted a second gully and was sheared off, and the airplane came to rest in a grassy area on the airport surface. The airplane was substantially damaged having received damage to its nose, canard, fuselage, landing gear, propeller, flight control surfaces, and wings. Runway 18 was 7,550 feet long, 210 feet wide, and consisted of asphalt. The reported wind at an airport located approximatley 8 miles southwest of the accident site, about the time of the accident, was from 230 degrees at 13 knots, gusting to 19 knots.

The National Transportation Safety Board determines the probable cause(s) of this accident as follows:
The pilot’s failure to maintain directional control during the landing. Contributing to the accident was the wind gusts. 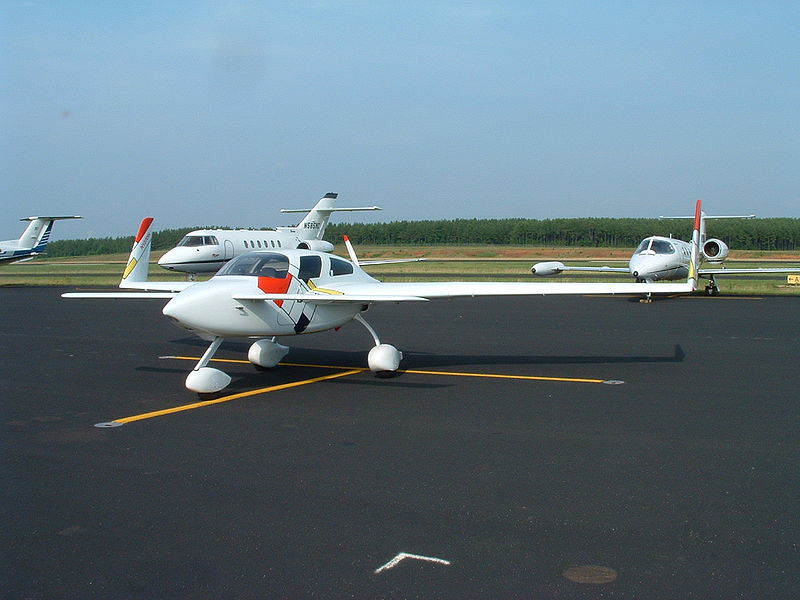