The pilot stated he had experienced insufficient pitch control on landing at Tucson, Arizona, prior to the accident. He reported that he ‘found play in the elevator control,’ and was advised over the telephone by Velocity Inc. to add washers or spacers to the rear of the torque tube to remove the play. With the aid of a local pilot in Tucson, he added the washers and spacers to the rear of the torque tube. The pilot further stated that upon attempting to flare at Montgomery Field, ‘the nose would not come up.’ The aircraft bounced, veered off the runway, skidded across a grass area, and collided tail first with a parked Cessna 340. According to the pilot, on January 2, 1999, builders from Velocity Inc. inspected the airplane, and found that ‘the front bearing of the aileron torque tube had come loose, thus preventing a full elevator down deflection.’ 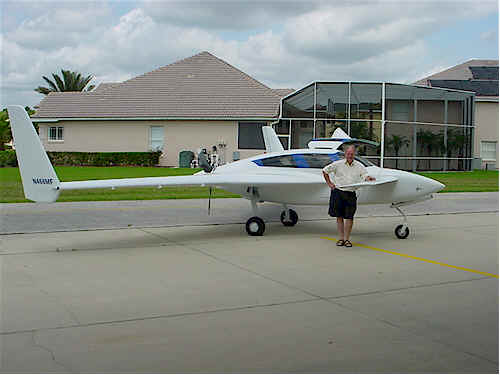