Neil was previously the pilot in this accident.  Neil’s Velocity was the first kit-built Velocity, and was featured in the July 1987 issue of Sport Aviation.  They also later covered his crash in the December 1992 edition (page 5).

The homebuilt velocity & a boeing 727 were both operating in the tca in vmc with radio & radar contact established with atc, and both were being advised of each other’s position and heading. Both airplanes were on a southeasterly heading, with the b-727 overtaking the homebuilt higher and slightly to the left. The b-727 reported having the velocity in sight, and was instructed to maintain visual separation and cleared to descend. At the time the b-727 passed over the velocity, it was at 10,000 ft and the velocity had just started a descent from 9,500 ft. The velocity continued a southeasterly heading. Aprx 3-1/2 min later the velocity pilot broadcasted a mayday that he was out of control. He then said he was upside down. His last transmission was ‘…i hit the prop wash the vortex…’ wake turbulence hazards, pilot awareness & avoidance procedures are discussed in the airman’s information manual. 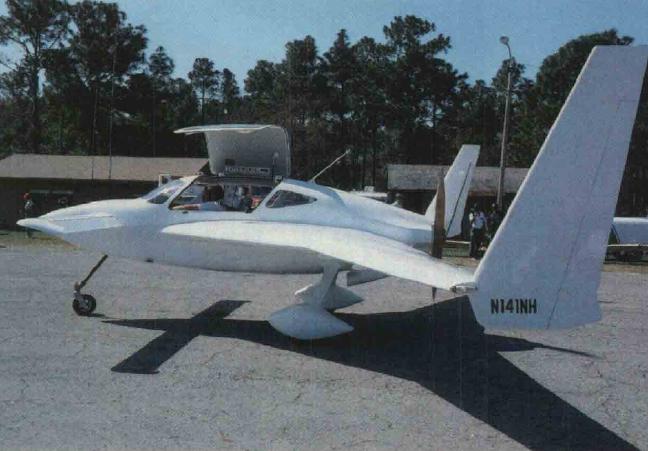