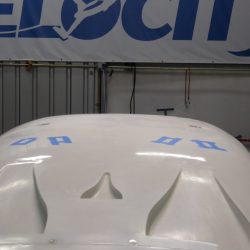 Based on a study that David Ullman did on VGs for the top of the Velocity, specifically to generate better airflow into the cooling NACA ducts, I’ve decided to replicate his experiences. He determined that larger vortex generators that are typically used on airfoils would be required to get into the high energy air at the edge […]

The first flight of Velocity N44VFwith Vortex Generators installed on both the main wing and canard to improve low speed handling and lower stall speed. 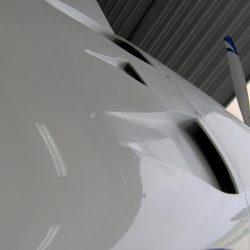 Here you can see where we’ve added a couple of vortex generators to each NACA to try and improve cooling to the engine. I also made tabs on my slip joints for the runners to allow us to tighten them down. NACA Vortex Generators